Pro Sailing Tour Ocean Fifty to be distributed by Sunset+Vine 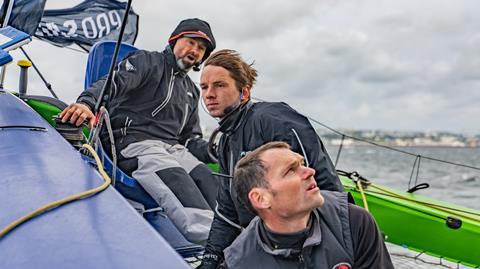 Sunset+Vine will work with the Pro Sailing Tour to distribute coverage of its Ocean Fifty series.

The coverage provides ‘cinema quality’ production, says Sunset+Vine, with four highlight shows to be shown across 52 international television channels in 132 countries with a likely reach of 750+ million households.

Julien Mauriat, CEO, Pro Sailing Tour commented, “We are thrilled to have partnered with the highly experienced international team at Sunset+Vine to distribute the flagship programs of the inaugural season. The production and direction of the series was led by Edouard Mauriat, whose various feature films over the past 25 years have tackled strong and innovative subjects, known for their immersive nature and narrative quality. Most sports reports focus on the sporting aspects, but the production of the Ocean Fifty series is unusual in that it focuses on the emotions, the human adventures experienced close to the faces and hearts.”

Sarsfield Brolly, head of media partnerships, Sunset+Vine, added, “Sunset+Vine were delighted to be appointed as the international television distributor for the inaugural Pro Sailing Tour and are rightly proud of the results that we have achieved together. We now look forward to building on the success of year one with everyone at the Pro Sailing Tour.”