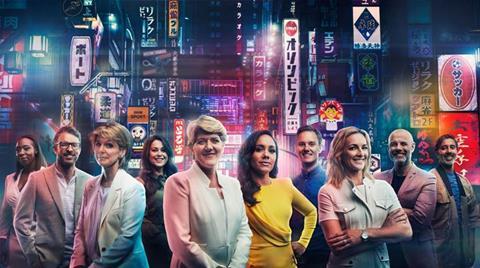 The BBC received 104 million requests to watch action from the Tokyo 2020 Olympic Games online throughout the duration of the competition.

While not having live rights to all the different sports at the Tokyo 2020 Olympic Games, the BBC offered around the clock live and on-demand content across BBC iPlayer, the BBC Sport website, and its linear TV channels.

In total, 36.4m people watched Tokyo 2020 on BBC TV, which was a little down on the 37.5m who watched Beijing 2008 on the BBC. Meanwhile, 27.5 million accessed the BBC Sport website for news and analysis from Tokyo, including 41.3 million online requests for highlights clips.

Barbara Slater, director of BBC Sport, says: “These Olympics have been nothing short of extraordinary and we’ve been right at the heart of the action, bringing the biggest and best moments of the Games to life for millions back in the UK. Delivering a record-breaking Games in the midst of a pandemic is a testament to the BBC Sport production teams in Salford as well as the power of sport in bringing people together. We’re incredibly proud to have shone a light on some of the most remarkable stories to come out of Tokyo 2020.”

The most requested moments online were Lauren Williams in the 67kg taekwondo gold medal contest with 2.5 million requests, and Charlotte Dujardin earning her fifth Olympic medal as Team GB secured bronze in the team dressage final with 2.4 million requests.