Six races will take place across Europe this autumn and winter. 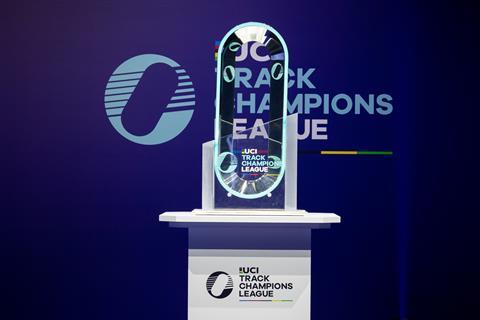 The UCI Track Champions League has been unveiled by joint events in Bath, UK, and near Paris, France.

Six events will take place in the inaugural season, beginning in Mallorca, Spain, on 6 November and ending in Tel Aviv, Israel, on 11 December.

72 riders, with equal numbers of men and women, will take part in the competition, with each event featuring the same race programme. Sprinters will race both the Sprint and Keirin while Endurance riders will race both the Elimination and Scratch, with 18 riders in each category. Riders will earn points in a league format for their performances, with leaders’ jerseys for those in first place after each week. 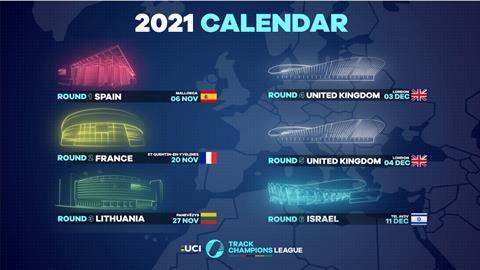 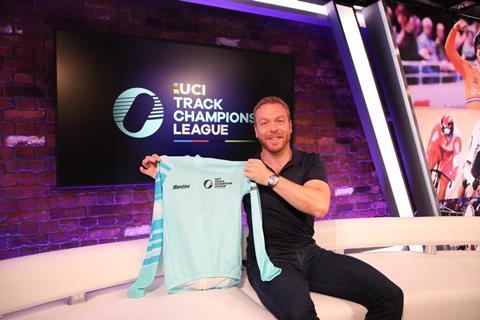 Discovery-owned channels including Eurosport, linear TV and streaming plus GCN+ and the GCN Racing digital channels will exclusively broadcast the Track Champions League, with further distribution deals with other broadcasters to follow as part of the competition’s aim to grow the sport.

UCI president David Lappartient said: “The launch of the UCI Track Champions League marks an important milestone in the history of track cycling, one of cycling’s historic disciplines and one that has been part of the Olympic Games since the first modern Games in 1896. Thanks to our strategic partnership with Discovery, a dynamic, fast-paced, television-friendly circuit will reach a new audience of track cycling fans.

“The discipline now has a compact annual calendar, based on the three highlights of the UCI Nations Cup, the UCI Track World Championships and the UCI Track Champions League. Track Cycling, which has been a resounding success at the Olympic Games, is thus equipped to shine annually during each Olympiad.”

Andrew Georgiou, president, Eurosport & Discovery global sports rights & sports marketing solutions added: “We are privileged to work with such visionary leaders in the UCI and it is hugely exciting to see the UCI Track Champions League come to life. We can’t wait for cycling fans to experience the first round this November, beginning a new chapter for track cycling and using Discovery’s scale and platforms to bring audiences to the sport from all around the world.”