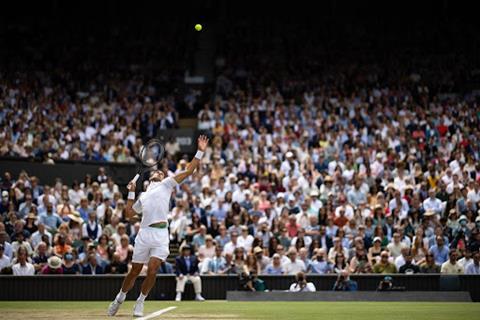 The BBC owns the rights to live Wimbledon broadcasts in the UK, with WBDS instead offering a daily highlights show on Eurosport and discovery+ in the UK, with both singles’ finals broadcast live.

Both former players will also front a pre- and post-play analysis show from the quarter-final stage to bring viewers even closer to the on-court action.

In addition to live coverage on discovery+ and Eurosport App, WBDS’ free-to-air channels in Norway (Max), Sweden (K9 and K5) and Finland (TV5) will broadcast matches from the quarter-finals, semi-finals and both singles finals. Eurosport in the UK will also show both the women’s and men’s singles finals live.

Ahead of the Championship’s first matches, WBDS will preview the tournament by creating content with some of the key players. Cameron Norrie will star in Players’ Voice – a first-person column to be published on Eurosport.com. A new episode of Legends Voice will also commemorate Marion Bartoli, who won Wimbledon in 2013.

Scott Young, SVP Content and Production at Warner Bros. Discovery Sports Europe, said: “Our coverage of Grand Slam tennis is as innovative as the new generation of players who are coming through the ranks at the moment. Some of these exciting and up-and-coming players come from the countries where we will be presenting Wimbledon. Our philosophy when presenting tennis has taken us closer to the players and those around them. We will be bringing our unmatched tennis expertise and world-class production to the tournament this year to scale live and on-demand coverage to millions of fans.

“On top of this, we are looking forward to continuing our Grand Slam storytelling and will serve the best localised content to our audiences all over Europe via Eurosport.com as part of a 360-degree tennis experience.”