Channel 4’s all hours share of viewing has tumbled to 5.8% as it endured by far the toughest year in ratings terms of all the UK’s major channels. 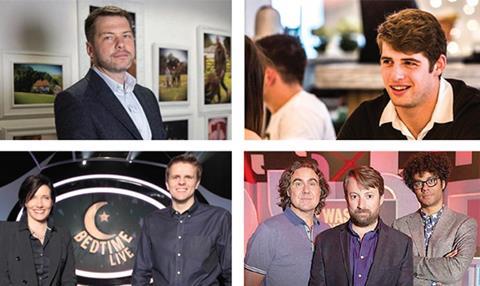 Its 11.4% decline contrasted with improved performances by ITV and Sky 1, which grew their share across all hours and primetime, while BBC2 enjoyed gains across its peak schedule. BBC1 also experienced a difficult 2013, suffering due to year-on-year comparisons with the London 2012 Olympics.

But figures run by Broadcast show C4 endured the most pronounced decline in consolidated share between 1 January and 22 November 2013. It pulled in an average share of 6.1% during the primetime hours of 7pm-10.30pm, a fall of 8.7%. The drop was even more significant using C4’s definition of peak (5.30pm-12am).

Significant factors that had an impact on C4’s performance include last year’s bumper Paralympic audiences and the removal of children’s content from BBC1 in late afternoons, which helped the latter add viewers. C4 also pointed to continued creative renewal, highlighting that 28 of its top 50 shows were new titles.

But a number of C4’s established brands, such as One Born Every Minute, were weaker this year, while some new formats struggled, including Bedtime Live and Hollywood Me. Deeper analysis also shows that C4 had problems in 2013 either side of the period during which it was measured against 2012’s Paralympics.

A C4 spokesman said: “There are easier ways to maximise audience share, but C4 has a remit to take creative risks, champion alternative voices and stimulate debate. We have done this across 2013 with programming that has also achieved audience success – from The King In The Car Park, Utopia and Murder Trial to Southcliffe, The Mill and Educating Yorkshire.”

When C4 sells airtime to advertisers, it bundles in 4Seven with the main channel. Doing so gives it an improved all hours share of 6.1%, which is 8% down on 2012.

The 5.4% all-hours decline at BBC2 was almost entirely the result of it giving up daytime originations due to Delivering Quality First cuts. It performed much better in peak, where its audience share rose from 7.2% to 7.6%.

Sky 1, after declines of 10% in 2012, bounced back strongly. Its share was up 4.3% to just under 1% in all hours this year, while its peak viewing grew by 4.8% to 1.3%. Highlights included Karl Pilkington: Moaning Of Life, Stella series two and acquisitions Revolution and Arrow, and it launched a +1 channel at the end of last year.

It was a similar story at ITV, where gains of 3.1% in all hours and 4.6% in primetime came against the backdrop of it haemorrhaging viewers last year to the Olympics. A record first week for I’m A Celebrity…, plus Broadchurch’s massive numbers, were major bonuses, although it was still down on 2011.

Finally, Channel 5 was stable, with its audience share down a marginal 0.4% in all hours and 1.1% in primetime. The channel is hopeful it will end the year flat.