Channel 4 has hailed the launch of real-time voting show The Singer Takes It All as a “massive success” after it registered a record proportion of viewers taking part. 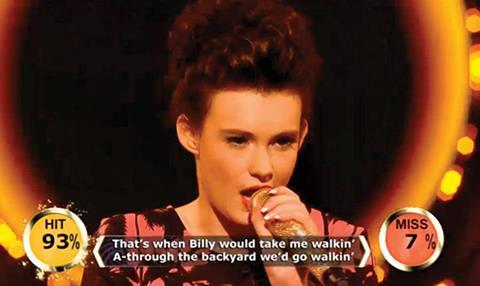 Initial and Remarkable’s Alan Carr-fronted entertainment format launched on Friday night to a live audience of 991,000, not including +1, at 9pm.

While the overnight ratings were underwhelming, 2.4 million votes were cast by more than 142,000 viewers, representing 14.3% of the audience at the time.

That beat C4’s previous interaction record, which was set by The Million Pound Drop in May 2011, when 12.4% of the audience interacted with the show.

The Million Pound Drop is averaging 85,000 viewers playing along in its current series.

C4 multiplatform commissioner for entertainment Jody Smith told Broadcast that The Singer Takes It All’s app was the commercial broadcaster’s “most successful launch”.

“We’re amazingly happy with it. It’s a totally different concept, but people really got it and we saw consistent voting all night,” said Channel 4 head of entertainment Justin Gorman.

Technical issues in the studio hampered proceedings in the early stages of the show, but Gorman insisted the app was “faultless”, adding: “It’s a live show. We never say never, but we don’t anticipate any issues next time around.”

Gorman added that interaction with the app had snowballed since the first show. He said: “I think the numbers will build. Live voting is one thing, but the number of people uploading videos is quite incredible.”

The app allows wannabe contestants to upload videos of themselves singing. If they receive sufficient support from other users, they can be selected to appear on the show.

More than 3,500 people have uploaded videos, with 2,860 of these coming after TX of the first show.

Endemol UK chief creative officer David Flynn claimed that at one point the voting peaked at “22,000 a second”.

The number of people downloading the app had increased “ten-fold” since the show began at 9pm on Friday, he added, from 30,000 downloads at the start of TX to 300,000 at the time of writing.

The Singer Takes It All app is currently the most popular free app in the Apple Store, and the most downloaded entertainment app for Android devices.

Flynn claimed the app “removes barriers for interaction”. “If it [live voting] works for singing, what else can it work for?” he mused. “We’ve got something in development in a very different area, but that is based on app users taking control of a show. It’s early days, but there’s hopefully something coming down the line next year.”

The Singer Takes It All app was built by Chunk Games while voting was handled by Tectonic Interactive.