Call the Midwife; Obama: The President Who Inspired the World

“What we need at this time of year are home truths and heart-warming playlets. Call The Midwife delivers with gusto” 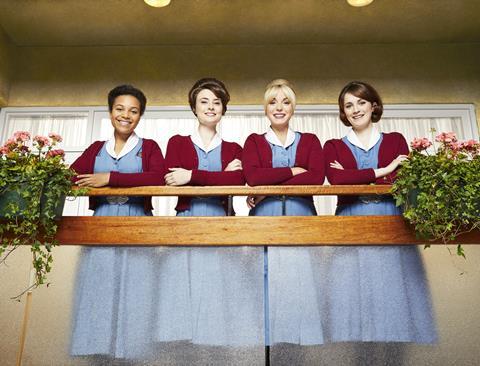 “Six years after Heidi Thomas first adapted those tales, Call the Midwife remains a flagship drama for the BBC. It has now returned for a seventh series brighter, fresher, stronger, and still with much to say.”
Rachel Ward, The Telegraph

“What we need at this time of year are home truths and heart-warming playlets. Call The Midwife delivers with gusto. Tears, but no schmaltz; hard reality, but smiles all round in the final scene – Call The Midwife is just what the doctor ordered.”
Christopher Stevens, Daily Mail

“Thanks to Heidi Thomas’s skilful script and Syd Macartney’s atmospheric direction, things never got too twee or clunky. It’s not the darkest or most ideas-driven drama around, but if you’re after a classy hour of comfort TV, your Sunday evenings are now catered for.”
Jeff Robson, The i

“Within two minutes it can jump from beautifully written, quite profound dialogue to twee sentimentality and overly mannered scenes shoved in to fulfil a nostalgia quota. But then I usually feel my eyes welling at some point in an episode, usually when a baby is born. Corny as it can be, it is always just good enough.”
Carol Midgley, The Times

“The structure, simple but sound, remains the same. Only the scenery changes. It was fleshed out, as is traditional in Heidi Thomas’s series, by explanatory exchanges between characters that bring a hint of Acorn Antiques’ Miss Babs to proceedings but stop short of bringing the suspension of disbelief crashing down.”
Lucy Mangan, The Guardian

“There can’t be many shows that haven’t deployed the ‘someone dies, someone is born’ trick before. Few writers have pulled it off as elegantly as Heidi Thomas did last night though. An episode like a new-born baby, beautiful but messy.”
Matt Baylis, Daily Express

Obama: The President Who Inspired the World, More 4

“Obama: The President Who Inspired the World was a conscientious, comprehensive and solidly made account by Matt Frei of the Hawaiian-born mixed-race child who grew up to become the 44th and first black president of the US. It was hard to give it your full attention, however, what with the wordless howl of despair filling your mind.”
Lucy Mangan, The Guardian

“Matt Frei’s skilful retrospective reminded us of Obama’s class and charisma, but also acknowledged his areas of weakness. If anyone had forgotten what a great orator and natural comedian Obama was/is, then this jogged the memory, with old clips and commentary that recalled his own inspiration by Martin Luther King Jr.”
Carol Midgley, The Times