“If you had seen the original, you were stuffed. It was like drinking a flat, tepid lager shandy when you could have been having a row of Balkan vodka shots.” 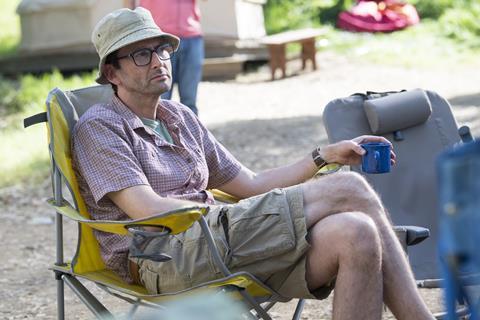 “If you had seen the original, you were stuffed. It was like drinking a flat, tepid lager shandy when you could have been having a row of Balkan vodka shots. The feature that defines Julia Davis’s writing is fearlessness (nothing is off limits), while Dunham and Konner’s, although clever, seemed by comparison to be strangely dogged by timidity.”
Carol Midgley, The Times

“The performances are good and most of the jokes land. But there is also a lot wrong with it. The fact that the eight protagonists are pretty much relentlessly petty, stupid and childish makes it hard to invest in any of them and means that the suggestions of redemption and healing for Kathryn and Walt at the end feel unearned and unconvincing.”
Lucy Mangan, The Guardian

“The characters were awful people, but not awful enough. They simply lacked Davis’s bite; her characters were often so knuckle-bitingly abhorrent that watching the series was a visceral experience. In this adaptation, it felt as though the audience was being asked to empathise with Kathryn’s chronic pain which distracted from the main comic drive.”
Lucy Jones, The Telegraph

“The star was the marvellous Anna Chancellor, every bit as good as she was in last year’s Christie mystery, Ordeal By Innocence. Her presence gave the episode a darker, more disturbing undercurrent than the show usually exudes.”
Christopher Stevens, Daily Mail

“It is straightforward, unpretentious, escapist entertainment that for an hour lets us forget about tomorrow’s frost on the car windscreen.”
Carol Midgley, The Times

All Inclusive Holiday: Is It Worth It?, Channel 5

“If you’re a lone foodie, like actor and TV presenter Alexis Conran, it might be best to avoid doing what he did on All Inclusive Holiday – booking a family package deal in Torremolinos. He looked like a one-man Rat Pack, lost in Spain while the rest of the boys were tearing it up in Las Vegas.”
Christopher Stevens, Daily Mail