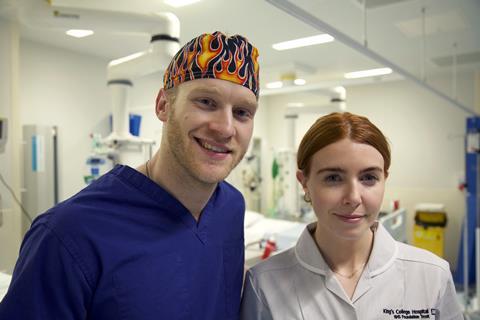 “It was all very moving but nothing that couldn’t have been achieved celebrity-free. As we know, though, celebs are TV’s panacea.”
Carol Midgley, The Times

“Cynics might say that there’s not much a celeb can do in a busy hospital, except clog up the emergency rooms and make fatuous remarks. And cynics would have a point. Stacey Dooley coaxed a man waiting for a liver transplant into talking about his darkest days as an alcoholic, when he was drinking five bottles of wine a day. That made moving, frightening television. But we didn’t particularly need to see her emptying a commode as well.”
Christopher Stevens, Daily Mail

“There wasn’t much that hadn’t been divulged in BBC1’s Hospital. Greater enlightenment might come from a comparative documentary about other health systems, from poorer models in the Third World to Germany’s gleaming free-for-all to America’s financial lottery.”
Jasper Rees, The Telegraph

“Japan’s Secret Shame is an extremely difficult documentary to watch. It is harrowing, frustrating and distressing. It is also an incredibly important film, brave and necessary, handled with care and quiet fury by the producer and director, Erica Jenkin.”
Rebecca Nicholson, The Guardian

“It was of course a one-sided take, but it was a riveting examination of a general culture in which talking about sexual violence has been seen as a taboo best kept ‘private’, while being groped in public is so commonplace it’s regarded as an everyday obstacle, like bad traffic.”
Carol Midgley, The Times

“The documentary lost its drive in the last 20 minutes, partly because Ito’s dogged efforts are making such slow progress. She conveyed the sense, though, of a scandal about to break.”
Christopher Stevens, Daily Mail

“Ito, who studied in New York and speaks fluent English, was an articulate guide to her ordeal in Erica Jenkin’s bleak x-ray of Japan’s phallocratic mindset.”
Jasper Rees, The Telegraph

“From its cheap graphics to its clunky segues, this primetime incarnation still had a flimsy daytime feel. ITV had hyped this show as live and post-watershed, teasing that anything could happen. Unfortunately, most of what happened was horrendous.”
Michael Hogan, The Telegraph