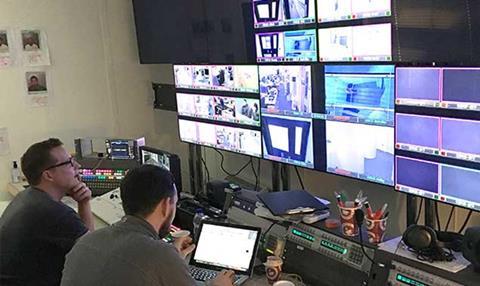 The production office of 24 Hours In Police Custody resembles the kind of police incident room familiar to the point of parody in TV drama.

The walls are covered in mugshots, both of the many persons of interest and the police teams on their trail. Lines with scribbled notes link the two – who did what to who, who’s connected, who might offer up the next lead.

Large pieces of A3 summarise the major cases they’re trying to follow, with lurid titles like ‘Prison Mutiny, Four Fingers Knife Man, Asda Fire, Garage Strangler’. All that’s missing is a grizzled detective banging his fist on a desk and shouting: “There has to be a link.”

Embedded with Bedfordshire Police, the award-winning documentary series, which begins its fifth series next week, uses a fixed rig of 75 cameras to tell the stories of cases from when they come into the station to the crucial moment, 24 hours later, when the police have to decide whether to charge or release a suspect. 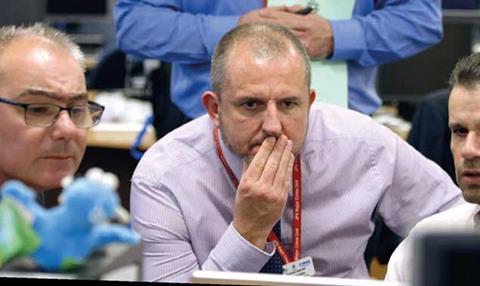 The skill of the documentary-makers is in assembling the many fragments of footage into a meaningful mosaic. In that sense, their work is much like that of the detectives.

Watching the team at work, it’s clear the documentarians have also immersed themselves in police procedural and crime drama. As executive producer Simon Ford takes me through one convoluted drug case they’re tracking, I say to him that it’s like The Wire. “Hopefully,” he says.

The engine room of 24 Hours In Police Custody is a windowless Portakabin.

Inside, a team of six pore over a wall of screens, working 24 hours a day in shifts. When I visit, a director is seated next to a camera operator, two story editors and an assistant keeping them supplied with coffee and sweets.

The countless screens-within-screens in front of them are marked Exit, Enquiries, Corridor, Back Office and Car Park. There are 14 separate views on Custody, 12 on CID, one in the interview corridor, one in the yard and 18 across the various interview rooms.

Of the 75 operational cameras, The Garden Productions team has the hard drive capacity to record and keep the footage from just five at any time.

Filming is a form of triage: together, the team have to work out who’s in each frame and then quickly assess whether the footage is useful, relevant or interesting – hence the mug shots on the wall. 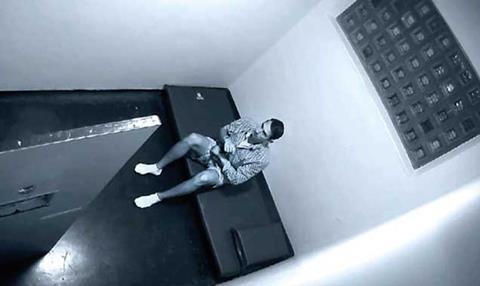 The end result, in which 24 Hours generally follows a case of the week, plays out like a riveting crime drama, with a ticking clock and a procedural spine: the suspect comes into the station, is checked in, held in custody and then interviewed. Detectives assemble evidence and by the end of the hour, they have to decide whether to charge the suspect.

But behind the scenes, the doc is more complex than even the knottiest Scandi noir. Sitting in the gallery, what’s most striking is that contrary to what you see in fiction, investigations don’t take place one at a time.

Real detectives are barely able to cope with the workload; several of them say cuts have made policing a matter of choosing the case most likely to succeed. The 24 Hours team has to keep one eye on what’s going on at any given minute, and the other on how the casework fits into a broader narrative.

Though they work closely with the police – the production crew even have their own bombproof door to the station – they are not in regular contact throughout the day. Sometimes there will be tip-offs, but these don’t always go to plan.

On the morning of my visit, a camera crew follow police on a dawn raid to bring in a suspected paedophile. But the man isn’t at any of the three addresses the police have for him. His whereabouts are eventually established by the man’s father, after he bumps into the crew while walking his dog. You don’t get that on Taggart.

Once a case is identified, the initial issue for the production is consent.

Some police officers have asked not to be shown at all, often citing the need to stay incognito should they wish to go undercover in the future. Others consent to appear in the background, while some are happy to take centre stage and carry the story.

Likewise, suspects are required to give their consent, though not all – public interest considerations can come to the fore with Channel 4 lawyers in the edit. Producers aim to work around the ‘non-cons’ to create a coherent narrative that plays like a crime drama. But the process is much harder when you’re dealing with real people and have no script.

Three cases of interest come in on the day of my visit: the suspected rape of a woman by her husband; a young man on crutches who has been shot; and a man suspected of having indecent images on his phone. 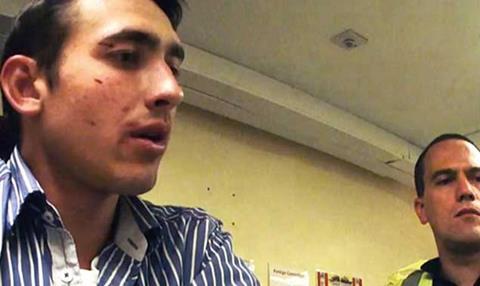 It’s the third case that becomes the focus. Specialist detectives are called in and set to work on the man’s phone. The bulk of their work, all of it filmed, is establishing a digital data trail that can prove the man collected and distributed the images. The images are of children and are deeply disturbing.

“No need to see that,” says the specialist child crime detective, visibly shocked. No crime drama I have ever seen would make images like these the subject of a story. 24 Hours is careful not to film them; Ford makes a trip down to the gallery to stress the point.

The director decides to follow the investigation, which is led by two female detectives. A succession of shots of people looking at laptops and discussing technicalities and IP addresses might be glossed over in a crime drama – but ironically, 24 Hours uses techniques borrowed from crime drama itself to keep things taut.

As they sift through all the footage, they look for characters. One of the detectives is noted as “really good”, with a soft, empathetic face – almost like a prime piece of casting and a winning performance.

There is a degree of polish applied for the camera – not only are the detectives aware of the cameras, but every now and then, they will make a reference to showing off or being ‘watched’.

Equally, there are moments when production will intercede, asking the police to clear sightlines or repeat key discoveries so that viewers can hear crucial audio.

Cameras are able to zoom in on eyes or nervous tics at the director’s discretion.

But when the detectives are ready to interview the man about the contents of his phone, their technique and precision are worthy of Jed Mercurio’s Line Of Duty. They pick apart his statements and reveal evidence selectively, until his story falls apart.

The man falls apart too – eventually resorting to stonewalling with “no comments” (a strategy that the detectives say many suspects have themselves learned from watching real-life crime shows).

With the man cornered, the production team cheer at the downfall of what one of the detectives has called “a nasty bit of work”. It is a climax that would grace a hit drama: tense, expertly structured, but ultimately with a sense of justice served.