Whisper to produce daily shows in Leeds and Tokyo 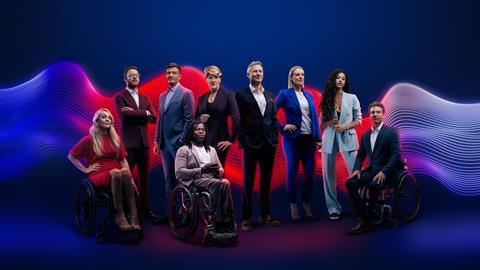 Channel 4 has unveiled plans to broadcast its Paralympics coverage from Leeds and Tokyo with a 70% disabled presenting line-up.

The broadcaster is to air 300 hours of round-the-clock coverage, with more 1000 hours available via 16 live streams on a dedicated microsite.

Each day from 24 August, when the delayed games get underway, will kick off with a live Paralympic Breakfast Show and morning sports competition from Leeds, before highlights package, Today in Tokyo, is fronted by Ade Adepitan in Tokyo.

An early evening show, celebrating ParalympicsGB medals of the day, will then air from Leeds. The slate of shows will be produced by Whisper.

For the first time More 4 will act as a dedicated team sports channel live broadcasting from Tokyo featuring wheelchair rugby and wheelchair basketball. JJ Chalmers and Ed Jackson will present.

Other presenters include Lee McKenzie and Vick Hope in Japan, with Clare Balding, Arthur Williams and Steph McGovern in Leeds.

C4 and More 4 will carry live subtitles and the opening ceremony will have live signing and live enhanced AD/ commentary simulcast on 4Seven.

The Tokyo games are the third Paralympics hosted by C4 after it was awarded the London 2012 contract. Earlier this year C4 won the rights for the Paris 2024 games.

To support its coverage, C4 has commissioned hour-long documentary Billy Monger: Changing Gear which follows the disabled racing driver as he meets and trains with GB’s Paralympic athletes.

Director of programmes Ian Katz said: “Channel 4 has long played a fundamental role in bringing a global audience to the Paralympic Games and for shifting perceptions of disabled people through our significant investment in coverage and award-winning marketing campaigns for London 2012 and Rio 2016.”