“A fascinating film, and one much aided by the quality of its talking heads” 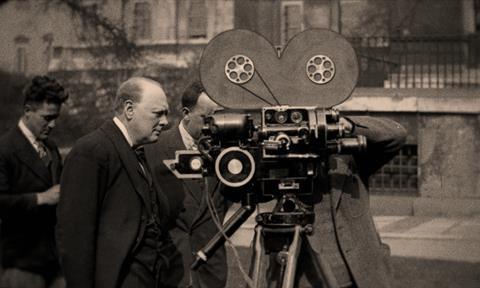 Churchill and the Movie Mogul, BBC4

“Sometimes the nicest thing about watching a documentary is that you think you’re going to learn about one thing, but instead end up discovering something else entirely. That was the case with Churchill and the Movie Mogul, BBC4’s excellent look at the relationship between Winston Churchill and the film producer Alexander Korda. A fascinating film, and one much aided by the quality of its talking heads.”
Sarah Hughes, The i

“By way of intelligent talking heads and dreamy old cinema footage this was a strangely hypnotic hour and an old-movie buff’s heaven. It was also an examination of patriotism, the irony being that Korda, a fierce patriot who was skilled at producing quintessential ‘Englishness on screen’, hailed from Hungary.”
Carol Midgely, The Times

“Beautifully stitched together archive material summed up Churchill’s struggles, especially in the ‘wilderness years’ when Korda was one of few who shared his keen understanding of the danger Hitler posed to Europe.”
Gerard O’Donovan, The Telegraph

“Hitler had Leni Riefenstahl, the suggestion went; we had Korda. How striking that it took a refugee from Hungary to win Britain’s propaganda war. It is worth thinking about whenever someone suggests there are too many refugees in the UK.”
Stuart Jeffries, The Guardian

“As with any long-running series you can pretty much predict how a Doc Martin episode will pan out. It’s never going to win awards for originality but Doc Martin still slips down easily for anyone looking for comfort as the dark nights draw in.”
Sarah Hughes, The i

“The comedy may be gentle, ambling and — yes — rather predictable, but after 15 years, it’s become as warm and welcoming an autumn fixture as a bowl of hot soup.”
Claudia Connell, Daily Mail

“When you hit on a successful formula that feeds British hunger for escapism, clean humour, gorgeous Cornish scenery and comfort-cardi TV you clasp it to your bosom like a priceless golden goose.”
Carol Midgely, The Times