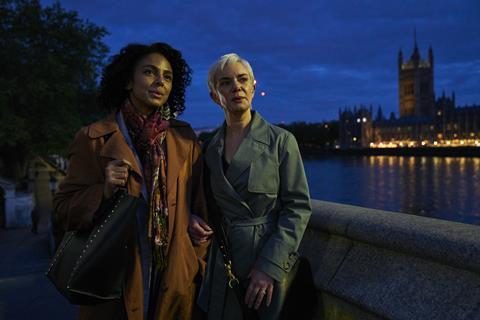 “The tension in the high-tech but ultimately powerless briefing room is expertly ramped-up and the aftermath of the crash depicted in harrowing detail. At times, the piling up of domestic and global emergencies verged on the ludicrous and the dialogue was often ripe-for-parody politicospeak. But there was a refreshing lack of polemic. ”
Jeff Robson, The i

“There’s no need to believe in the catalogue of catastrophes in COBRA because this is raw hokum — to be relished for its sheer awfulness. There hasn’t been bad telly as good as this since Rob Lowe in Wild Bill last year. This political disaster thriller is like House of Cards meets Bruce Willis in Armageddon.”
Christopher Stevens, Daily Mail

“Mark Rhodes and Sam Nixon have carved out successful presenting careers together after coming second and third in Pop Idol in 2003. By the end of the first episode it is clear that appointing a duo is a smart move. They banter and riff off each other, and still have plenty of attention to spare for the contestants.”
Lucy Mangan, The Guardian

“The revival of Crackerjack! has glossier production values than I remember but the zany, irreverent spirit of the original quiz/variety/music/quite-hard-to-define actually show has remained intact. Presenters Sam Nixon and Mark Rhodes exuded Ant and Dec levels of geniality and positive energy as they presided over a quickfire mix of games, sketches and groan-inducing puns.”
Jeff Robson, The i

“As has been the hallmark of this series, the episode flitted annoyingly through time. We started with Ward’s trial, went back to Keeler at Cliveden, then six weeks before the trial began, and back to the present. But I look forward to next week’s final episode and to see how Coe chooses to wrap things up.”
Anita Singh, The Telegraph

“I have never seen Alex Macqueen put in a weak performance. Here he brought the famous court scene alive, pouring scorn on the bohemian life of Ward (James Norton), who emerged as an ever more sympathetic character left high and dry by his influential ‘friends’.”
Carol Midgley, The Times