“This was a rather bleak, unsatisfying and empty conclusion to the saga” 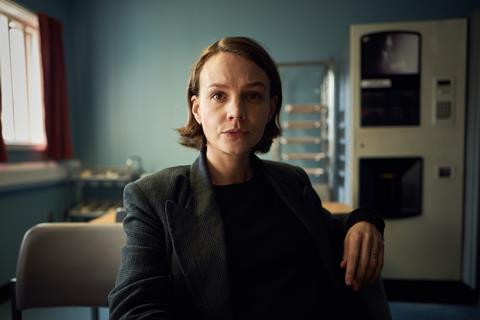 “Four hours on from its tantalising opening conundrum, Collateral has come to a deflating, draining end, serving up a conclusion that was less edge-of-the-seat thriller and more sombre, reflective anti-climax. This was a rather bleak, unsatisfying and empty conclusion to the saga.”
Mark Butler, The i

“Collateral’s problems were myriad: ropy dialogue, clunking exposition, reliance on coincidences. gratuitous female nudity, political tub-thumping and poorly researched military details, to name just a few. Yet for all its faults, Collateral remained gripping to the end. It not only had pace and panache but something to say about immigration, the underground economy, corruption, crime and hypocrisy.”
Michael Hogan, The Telegraph

“Collateral was consistently awful from week one. Last night’s finale was actually the best episode of a bad bunch. The most ludicrous casting was John Simm, as Labour MP David Mars, whose character contributed nothing to the plot and only seemed to be there to deliver passionate speeches about the rights of refugees.”
Claudia Connell, Daily Mail

“A painfully long scene between the disillusioned MP David Mars (John Simm) and the Labour Party leader Deborah Clifford (Saskia Reeves) was like being waterboarded with political pamphlets. Each time you thought, ‘Nah, this cringey homily will end now,’ there was more, delivered with the subtlety of a power hose. This is a pity because there were many things to enjoy in this final episode.”
Carol Midgley, The Times

“Yentob has been known to photobomb (or docobomb?) his own Imagine films. There can be too much of him in them. But in this one he keeps a relatively low profile – sensibly, given all the sense and wisdom coming from the subject. It’s a fascinating film about a truly amazing craftsman.”
Sam Wollaston, The Guardian

“I’m done with Marcella. End of. That scene with the small boy in school uniform chained to a bed by a weirdo, having to pee in a bucket and smashing his cute little spectacles to cut his wrist finished me off. This doesn’t feel like London noir, it feels like a race to the bottom of a barrel labelled ‘gratuitous misery’ with panto paedos and Psycho music.”
Carol Midgley, The Times

“Totally silly with humour very much of the schoolboy variety but it provided some welcome light relief after the oh-so-earnest Collateral.”
Claudia Connell, Daily Mail