Live series to air this autumn

Live series to air this autumn 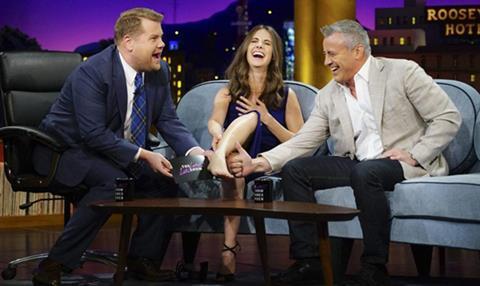 The 6 x 30-minute series, which is currently untitled, will feature live music performances, sketches and interviews with the biggest UK and international music stars.

While a host has not yet been announced, the BBC said James Corden - a partner at Fulwell 73- will not be presenting.

The series was ordered by director of BBC content Charlotte Moore and head of BBC music commissioning Jan Younghusband.

Rachel Ashdown is the commissioning executive while Fulwell 73 co-founder Gabe Turner and Suzi Aplin, the former TFI Friday producer who joined the indie last year, will executive produce, alongside Paul Wright, who has worked on Strictly Come Dancing and Top Gear, will be the showrunner.

Younghusband said: “Following on from the success of BBC Music programmes such as Adele at the BBC and Michael Bublé at the BBC, we’re excited to be bringing this new live music series to BBC1.”

Turner added: “The range of genres and different styles that people are listening to now is more diverse than ever before, and it’s a great time to be making a show that gives a mainstream TV platform to the most exciting stuff out there.”

The series will be broadcast live this autumn.