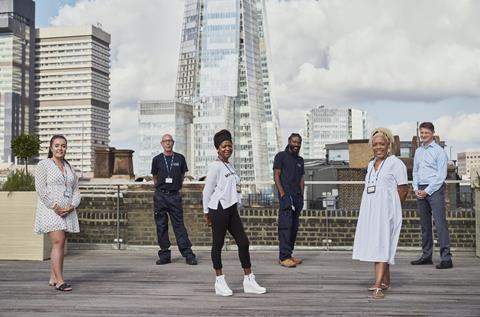 “Don’t judge me, but I always assumed that being a housing officer for a local council would be quite boring. But oh dear lord, no. In Council House Britain, when they weren’t dealing with hoarders or cockroach infestations, they were trying to persuade a man on the first floor not to imperil his life by repeatedly entering his home via a wobbly ladder leant perilously at the window because he had no keys. Or getting locksmiths to break in because they thought a tenant was dead inside because he hadn’t answered calls (he was very much alive). You can call all of that stressful, but certainly not dull.”
Carol Midgley, The Times

“Despite the frenetically jaunty music telling me to be happy, I just wasn’t. Everything that had come before it was so bleak. It didn’t mean to be – the tone of the voice-over was warm and wry, none of the tenants were quite in the depths of despair – but beneath the heartwarming tales and amusing tales of cockroaches and eccentrics were enough stories to keep Ken Loach in business for a decade.”
Chris Bennion, The Telegraph

“Direct-to-camera interviews with black British people, who spoke of their own experiences, made it abundantly clear that the US is far from the only country with a race problem. The film touched on Windrush and Rivers of Blood, but the truly stomach-churning moments came from the younger participants, describing incidents every bit as vile. It wasn’t subtle, it was, at times, hard to watch and to listen to, but how can we turn our back on testimony like this?”
Chris Bennion, The Telegraph

“This series about a medical centre for Thailand’s biggest and best-loved animals could have been charming. If it had copied the recent example of conservationist Giles Clark’s BBC2 documentary about the illegal trafficking of bears in neighbouring Laos, it might have been a powerful and significant film. Instead, it was puerile and prurient. By the end of the hour, I was convinced there must be an 11-year-old behind the camera.”
Christopher Stevens, Daily Mail

“Billie Piper’s performance as a strung-out, paranoid, skittish paper bag of nerves gets more excruciating with each episode. That she can convey Suzie as selfish, hapless, naive, annoying and manipulative yet also make her sympathetic requires quite some talent. The episodes are short yet lean and densely packed, like a middleweight boxer. Not a relaxing comedy, but a compelling one.”
Carol Midgley, The Times

“The Stockholm-born Adam Pålsson playing a Swedish-accented, English-speaking Kurt Wallander works as a combined forebear to all three previous screen incarnations. This setting also allows Young Wallander to side-step the usual prequel pitfall: a lack of narrative tension. The other clear rationale for a contemporary setting is the means to address modern-day issues more directly. Yet the related issues of integration, racism and free speech are touched on only in the most glancing way.”
Rebecca Nicholson, The Guardian