“This was uplifting TV with a positive message” 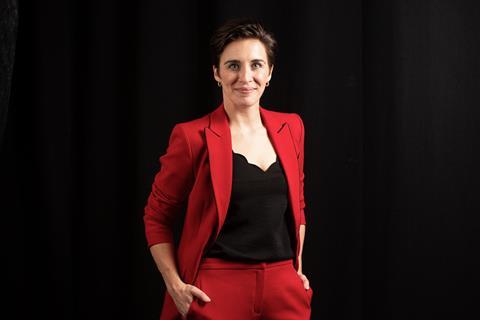 “[Vicky] McClure made a wonderful presenter – sincere, with a warmly empathetic manner. She reunited Mick with choirmaster Mark De Lisser and they rehearsed a version of Bring Me Sunshine (cue Morecambe and Wise skipping). When they brought Mick down to London for a performance, he had no idea that he’d be singing with members of English National Opera at the Coliseum – or that McClure had arranged for her Line of Duty co-star Adrian Dunbar to join them. Mick crooned beautifully and the years melted away. He even threw in a spot of soft-shoe shuffle. There wasn’t a dry eye in the opera house as his wife Karen embraced him, full of pride. This was uplifting TV with a positive message. As Mick sang: “Bring me fun, bring me sunshine, bring me love.”
Michael Hogan, Telegraph

“The sign did it. I managed not to choke up until amateur singer Mick arrived at the Coliseum Theatre in London, home of the English National Opera. Above the stage hung a banner: ‘Welcome Mick, enjoy your special day. Love from the ENO.’ After that, until the credits rolled… well. Reader, I blubbed. Mick, 54, was one of the stars when actress Vicky McClure staged a concert last year to help people suffering from Alzheimer’s and other degenerative brain diseases. When she checked up on some of her performers, Vicky was horrified at how badly lockdown has affected many of them.”
Christopher Stevens, Daily Mail

“Like the original programme, this follow-up indulges in no straining for effect. It lets the endurance of love, the capriciousness and cruelty of fate, the flashes of hope and despair journey past us in turn. McClure does another wonderful job of straddling the line between acknowledging terrible things and giving them their due without dwelling on them. She is warmly supportive of everyone who comes into her orbit, without patronising and without a hint of sentimentality.”
Lucy Mangan, The Guardian

“Among the choir members that McClure paid a (socially distanced) visit to was 84-year-old Betty. “I do miss the choir,” she admitted, before launching into a soulful rendition of Are You Lonesome Tonight? McClure also met June, who still sings marvellously despite dementia destroying her ability to speak. That’s not forgetting Julie, who, intimidatingly, spent the pandemic mastering the ukulele.”
Gwendolyn Smith, The i

Once again Vicky McClure managed to make a documentary about dementia that was simultaneously uplifting and heartbreaking.
Carol Midgley, The Times

“Gordon Ramsay, Fred Sirieix and Gino D’Acampo call themselves The Three Amigos. The Three Egos would be closer to the mark. This was an hour of macho pretence and showing off, from a trio who are visibly bored of each other. Their banter lacked energy, the high jinks were as forced as the grins. Fred in particular looked like he’d rather be anywhere else on earth.”
Christopher Stevens, Daily Mail

“One thing I haven’t missed this party season is being cornered by a friend’s gym-bore boyfriend as he drones on about his Fitbit. Unfortunately, pretty much the same effect came from watching [Gordon] Ramsay hold forth about how ice-diving “increases the blood flow” and “helps tighten things up”. Viewers were also treated to the sight of [Gino] D’Acampo in a mankini. Apparently, we haven’t suffered enough in 2020.”
Gwendolyn Smith, The i

The Vanishing of Suzy Lamplugh, Channel 5

“This film did what documentaries should — not just pruriently rehash the facts about a beautiful young woman vanishing in a mid-1980s riddle, but highlight new evidence and help to create momentum for the case to be revisited.”
Carol Midgley, The Times