Des; Inside the Bomb Squad

“Perhaps the greatest accolade that can be given this sensitive, finely worked piece is that Nilsen himself, attention-seeking narcissist though he was, would surely have hated it” 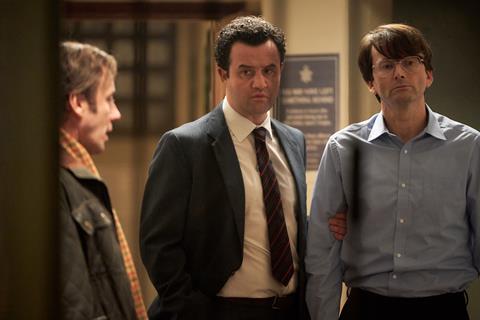 “Rare it is to watch a drama about a serial killer that leaves you feeling as though the victims have been done a service. In the end, perhaps the greatest accolade that can be given this sensitive, finely worked piece is that Nilsen himself, attention-seeking narcissist though he was, would surely have hated it.”
Lucy Mangan, The Guardian

“ITV’s three-part production is restrained and it is quality. It avoided that queasy moral dilemma: do we glamorise monsters by making dramas about them? The main draw here is Tennant’s hypnotic presence. To make a character simultaneously dull and mesmerising takes quite some talent.”
Carol Midgley, The Times

“Tennant has used this source material, Nilsen’s notebooks and video footage to inhabit the character: the dead-eyed stare, the arrogance, the chilling matter-of-factness with which he recounted disposing of his victims. Because Tennant is so mesmerising, the scenes that don’t feature him feel a bit flat.”
Anita Singh, The Telegraph

“David Tennant portrayed serial killer Dennis Nilsen in what was a breathtaking and career-defining performance. Any TV drama based on a real-life crime is bound to attract a big audience. But that doesn’t make it any easier to dramatise such sickening crimes without glorifying the killer or causing distress to the victim’s families. The creators of Des got round this using great sensitivity and painstaking attention to detail.”
Claudia Connell, Daily Mail

“In addition to looking unnervingly similar to the killer, Tennant conveyed both Nilsen’s repellent darkness and his terrifying ordinariness, blinking slowly behind his glasses, as if amused. It was impossible to keep your eyes off him during tense interview scenes. Did this mean that Des ended up glorifying a killer? Ultimately not, thanks to Luke Neal’s considered script, the restrained direction of Lewis Arnold and Tennant’s ability to remind viewers that this man was a predator who had toyed mercilessly with his victims.”
Sarah Hughes, The i

Inside the Bomb Squad, Channel 4

“The documentary did a decent job of explaining how Britain’s bomb disposal experts spend their time when not in war zones. But there was a hurdle that the programme-makers could not overcome. It is, obviously, dangerous work, which means that cameras could film almost nothing of interest. The series feels like a missed opportunity.”
Anita Singh, The Telegraph

“A calm head and a measured response to danger are essential to the job — but it didn’t make for the most thrilling TV. It was, no doubt, why the voiceover was as over the top and high octane as a toddler who’d had too much sugar. Yet it didn’t make up for the lack of drama when it came to the men at work.”
Claudia Connell, Daily Mail

“There were a number of gripping stories in Channel 4’s new series, Inside the Bomb Squad. It was a shame, then, that all this action was entirely overshadowed by the frenetic voiceover from Jack McMullen, which was desperate to hype everything up to maximum levels. By the episode’s end, it was so intrusive as to be almost unbearable. This was unnecessary, given the levels of access and the eye-opening insights of the bomb squad team themselves.”
Sarah Hughes, The i