“It doesn’t matter who they are: that is normal, human, and moving.”

“It doesn’t matter who they are: that is normal, human, and moving.” 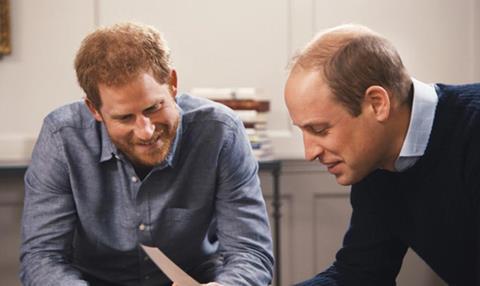 Diana, Our Mother: Her Life and Legacy, ITV

“This programme was about two brothers, remembering the mum they lost too early, thinking about her every day, regretting not saying more that last time on the phone, still feeling those massive hugs, 20 years on. It doesn’t matter who they are: that is normal, human, and moving.”
Sam Wollaston, The Guardian

“Without any hint of schmaltz, what really emerged here was that Diana’s most significant legacy was not her charity work or her own ability to empathise with ordinary people, important as those contributions were. Rather her legacy was these two young princes who are transforming the face of the Royal family by being its most openly approachable and compassionate members yet.”
Gerard O’Donovan, The Telegraph

“Nadiya comes across as very normal and down-to-earth. She has easy interactions with people she meets on her travels, and a light humour that endears them to her. With her big eyes and big smile, it is hard not to like her. I don’t think we need another cooking show on TV, but as they go this one is perfectly pleasant.”
Daisy Wyatt, The i

“These things live and die on the quality of their presenters, and Hussain is a natural — warm, funny and genuinely interested in her interviewees.”
Ed Potton, The Times

Bear About the House: My Supersized Pet, Channel 4

“In the end, other than in occasional glimpses and guesses, insight into these pet-human relationships remained elusive in this film. On the other hand, it did encourage us to wonder at the supersized oddity of some of our fellow human beings.”
Gerard O’Donovan, The Telegraph

“Rancher Mike and his cowgirl Val from Minnesota really do share their farmhouse with a buffalo. The weirdest thing, one which film-maker Ross Haley didn’t explore nearly enough, is that Mike and Val farm buffalo for a living.”
Christopher Stevens, Daily Mail

“It’s undignified, chaotic and very funny. All our suspicions about the in-bred upper classes are confirmed by Desmond and his identical family portraits, each ancestor as barking-mad as the last.”
Christopher Stevens, Daily Mail

“I tuned into 999: What’s Your Emergency? in the pleasant expectation of a behind-the-scenes look at Wiltshire emergency services. I turned off, shaking in fury, because what I actually got was a non-stop diatribe against Brexit.”
Virginia Blackburn, Daily Express