“A glowing example of TV working for the greater good.” 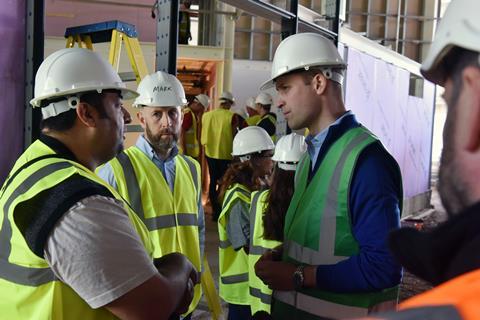 “DIY SOS follows a predictable formula that yanks shamelessly on the heartstrings, plays on ‘time’s running out’ jeopardy and ladles on the sentimentality. And dammit, it works. This episode was a glowing example of TV working for the greater good.”
Carol Midgley, The Times

“Much more than a gesture, it was proof of television’s power to unite people and make Britain a better place.”
Christopher Stevens, Daily Mail

“This column wouldn’t normally bother itself with DIY SOS, an old makeover format. But this one is a bit different. Well done to everyone.”
Sam Wollaston, The Guardian

“I’M no expert on it, so please correct me if I’m wrong but didn’t DIY SOS used to be more… oh, what’s the word… annoying? And yet whenever I happen to catch it these days it seems to be doing something seriously, life-enrichingly worthwhile, and on an ambitious scale. Take tonight’s episode. It really is inspirational stuff.”
Mike Ward, Daily Express

“There were various construction hiccups to provide the necessary sense of jeopardy. But we kept coming back to the brilliant people who run the club, none more so than trainer and all-round father figure, Mick Delaney. His evident delight at witnessing the club risen phoenix-like from the flames was the crowning point of the film.”
Gerard Gilbert, The i

“Coronation Street’s DNA Secrets was the bastard child of Long Lost Family in a bunk-up with Who Do You Think You Are? set in the Rovers Return and presented by Nicky Campbell. Even a lifelong Corrie fan like me, however, sensed it might struggle for big dramatic reveals. So it proved.”
Carol Midgley, The Times

“The actors gathered in the Rover’s Return to hear the results, and pretended to be delighted when introduced to soap fans who shared their DNA. That seems to take stalking to an uncomfortable new level: it’s one thing to want an autograph, quite another to claim kinship.”
Christopher Stevens, Daily Mail

“Whether or not you care for the political commentary, the episode succeeds in bringing a B-movie lustre to the small screen. It’s silly but, in the manner of junk food and video games, undeniably addictive.”
Ed Power, The Telegraph