“An hour of the five in and I’ve already had so much fun I can barely type.” 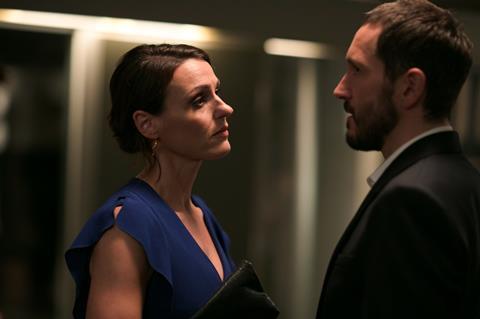 “The joy of the second series of Doctor Foster is that we now know it is not aiming for gritty drama and failing, but aiming for histrionic melodrama and succeeding beyond its wildest expectation. An hour of the five in and I’ve already had so much fun I can barely type.”
Lucy Mangan, The Guardian

“Nothing has changed. Gemma remains luckless. Simon lingers as a deceptive creep that audiences will continue loving to hate, and show creator Mike Bartlett continues to deliver breathless drama.”
Finlay Greig, The i

“Doctor Foster’s hyper-real scenarios were offset beautifully by long, wordless scenes of Gemma staring into the mirrored wardrobes of her capacious bedroom, or prowling around Simon’s new executive home. Such moments create space for us to look into Gemma’s soul, and Jones – conflicting emotions skidding across her face – gave an extraordinarily precise performance.”
Ben Lawrence, The Telegraph

“There’s a deceptive skill going on here, in the look— the shifting colour palettes between Gemma’s home and Simon’s modernist mansion — and the apparent ease with which the writer, Mike Bartlett, has drawn us back into the milieu of sex and mind games, red bras and lethal blades, his great trick being to make you forget that a second series was barely necessary.”
James Jackson, The Times

The 21st-Century Race for Space, BBC2

“The 21st-Century Race for Space saw Dr Brian Cox dashing round the extraordinary possibilities opening up for mining, manufacturing on and colonising other planets. It was truly eye-opening; seeing what is already possible forced you to recalibrate all your scales.”
Lucy Mangan, The Guardian

“It was mind-boggling for revealing just how close we are to a new era. Alas, Cox failed to ask Jeff Bezos the big question about his plans for space travel: will Amazon Prime members get free shipping?”
James Jackson, The Times

“This assortment of unknowns and has-beens are so thick and helpless, they could all starve to death in a self-service restaurant. Watching this bunch of Robinson Cretins pose and posture on the beach saps all hope for humanity.”
Christopher Stevens, Daily Mail