Doing Drugs for Fun?; The Capture; House of Games; Snackmasters

“It manages to be compelling, honest and unpreachy, and treats its subject with robust respect.” 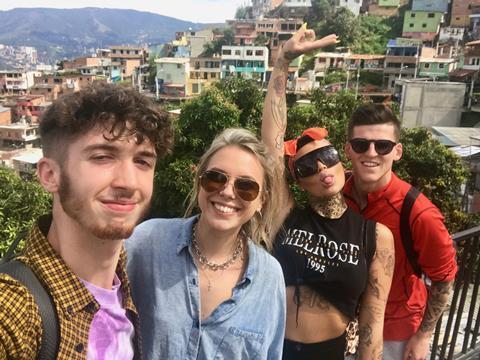 “My first impulse when coming to write about this three-part documentary is to describe it as ‘surprisingly good’. But Channel 5 has been producing good stuff, if not consistently then frequently and for long enough, that the qualifier seems unfair. Doing Drugs for Fun? is, simply, good. Very good, in fact. It manages to be compelling, honest and unpreachy, and treats its subject with robust respect.”
Lucy Mangan, The Guardian

“The first episode was a bit ordinary, as it introduced its cast of four British recreational cocaine users, all in their twenties, and explained why their habit may be ill-advised. But the plan was to demonstrate that there’s a bit more to the drugs trade than hoovering up a few lines on a Friday night, and in episode two, the visitors collided with some crushing home truths about the cocaine industry’s trail of devastation. Their gaucheness and ignorance was increasingly embarrassing.”
Adam Sweeting, The i

“There is no justice when it comes to The Capture. If there was, this thinking man’s Bodyguard would have been getting the mega ratings to match that other show. However, this series has always felt more like a pretext for a bigger conversation than mere wham-bam entertainment.”
James Jackson, The Times

“What keeps me coming back is the way Osman subtly goads the players to be competitive, drowning them in charm then lobbing honeyed insults at them as they flounder around. In his own way, Osman is as smarmy as Hughie Green or Bob Monkhouse ever were…but it’s all a leg-pull and we’re expected to know that.”
Christopher Stevens, Daily Mail

“Snackmasters is proving much more entertaining than you might expect. That’s largely due to the demented competitiveness of the cooks. One chef was so intent on winning that he bought a corn extruder, a sort of snack-squirting machine, from China… then hired a Chinese engineer to get it working.”
Christopher Stevens, Daily Mail