“Whatever label you put on it, it is a fine, fine piece of work” 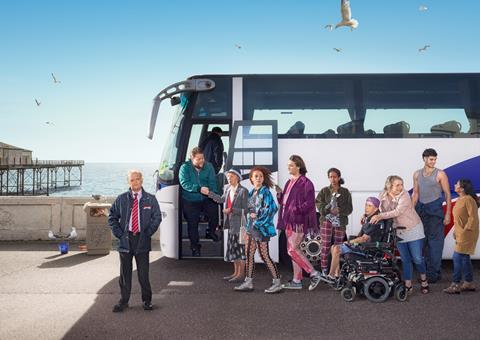 “If it is comedy, it is one with the bleakest tragedy at its heart. But whatever label you put on it, it is a fine, fine piece of work. You could watch this and Home side by side and come away more deeply informed about our era’s besetting sins and sorrows than any news site could manage.”
Lucy Mangan, The Guardian

“Don’t Forget the Driver could blossom into something very lovely indeed, but at the moment Peter is a presence, not a person, and almost everyone else is a “character”. Still, we’re only half an hour into a three-hour series, and the potential is obvious.”
Gabriel Tate, The Times

“Poor old Bognor gets a rough ride. It looks like a crumbling ghost town, all run-down bungalows, pensioners and, it was hinted, an underclass of exploited illegal immigrants. Yet there was some stunning camera work. The wide shot of the seafront, as a woman in a mobility scooter with her dog alongside trundled past a derelict seafood stall, was a thing of beauty.”
Adam Sweeting, The i

“Even better than expectations. Poignant, dark, topical and peppered with explosive laughs, the opener in this half-hour six-part series made us feel more connected to its characters than many shows manage in an entire run.”
Christopher Stevens, Daily Mail

“The bleak worldview and melancholic mood made it uncomfortable to watch at times, more akin to a low-key drama than a comedy. Don’t Forget the Driver, sure – but don’t forget the jokes either.”
Michael Hogan, The Telegraph

“It has a promising set-up – take a bunch of grumpy celebrity oldsters and pit them against the smart technology which is remorselessly invading our lives. Jennifer Saunders’ voice-over adopted a mocking tone towards the baffled senior citizens, but they did have a point, sometimes.”
Adam Sweeting, The i

“Documentaries about surgery can feel distancing and almost unreal as one globulous mass is removed or a throbbing set of blood vessels negotiated. Not Surgeons: At the Edge of Life.”
Gabriel Tate, The Times