Trust, tenacity and a talented team are key on a fast-turnaround doc, says Ian Rumsey 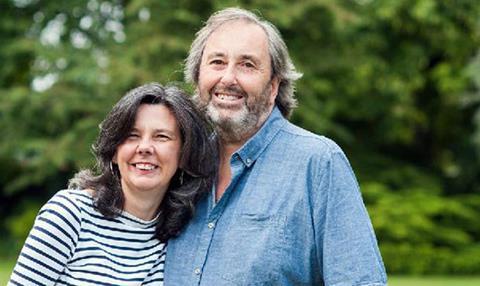 Is it possible? Can you get anything exclusive? How quickly can you do it? These are the questions that prompt one of the most exciting forms of documentary-making in the business: the fast-turnaround.

Fast-turnarounds are curious beasts. They are energy-sapping to make; marathons crushed into a fraction of the usual production schedule.

They go in and out of fashion. You can pitch them over and over again and not get any away – and then you can do 10 in a row.

ITN Productions has made a stream of programmes about memorable events in the past 12 months. The fastest was for Channel 4, within 10 hours of the announcement of David Bowie’s death. Most take somewhere between 10 days and two weeks from commission to TX.

Done well, they make a channel look smart and ultra-topical, with recognisable stories that offer something now – stories that resonate with the public and that often deliver great ratings.

They rely on a trusted, talented and tenacious team, fed a never-ending supply of Haribo, pizza, coffee and Red Bull. You can’t wait for the programmes to be done and dusted; when they are, there’s an adrenaline-shaped hole and a craving for more.

There are two main types of fast-turn around: those inspired by current news events and those that are simply required quickly, prompted perhaps by a clever piece of counter-scheduling or a story re-emerging into the public consciousness.

ITNP has produced six docs for C4 in the past year on the rise of Donald Trump: we made the fastest in three weeks and all of them in less than two months.

Most of the 10 fast-turnarounds we’ve made for Channel 5 in the past three months (with a couple more on the way) fall into the second category. They all rely on a mix of ‘on-the-day’ newsgathering mentality, solid journalism and orthodox documentary-making.

Often, the docs will come with the suffix ‘What Happened Next’. No question mark, no pressure – especially if that title, and the idea for the programme, has come from the channel.

There’s an imperative not to only re-tell a familiar story but to throw it forward as well. You want to provide the answers to unanswered questions, and show how those linked to the story have got on with their lives – or not.

Our first fast-turnaround for C5, Murdered By My Fiancé, about author Helen Bailey, was centred on an ongoing murder trial and threw up a commissioning, scheduling and editorial challenge.

We had to get it ready on the presumption of a guilty verdict – but for the broadcaster, a ‘not guilty’ would have left them with an unbroadcastable doc. Of course, it was impossible to bill on that basis. With a gap created for it in the schedule, it needed to happen close enough to that slot to make it feel truly topical.

Such programmes demand a huge amount of trust. You need to work with a commissioning team and a broadcaster that essentially allows you to get on and make the thing.

They also rely on a clear structure, quick decision-making, technical and editorial departments working in tandem.

Tenacity? That’s down to the people on the ground landing the best content and interviews with those closest to the story.

In our case, the first ever interview with the policeman who helped rescue the children held captive by Josef Fritzl; the extraordinary story of the daughter of Soham killer Ian Huntley; and the powerful testimony of Julie Bushby, best friend of the mother of Shannon Matthews.

The subject matter of most of these programmes has been raw, harrowing, sometimes horrific. We are asking people to revisit some of the worst times of their lives. We’ve had to be swift, but speed shouldn’t replace sensitivity.

Ian Rumsey is head of topical programmes for ITN Productions