“A pure and joyous belter” 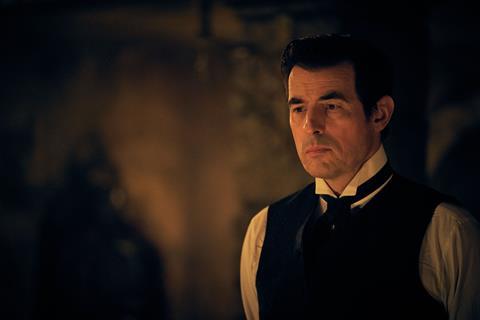 “BBC One’s new series Dracula is a pure and joyous belter. And it is basically Sherlock but about Dracula. And peak Sherlock at that: seeking always to entertain the audience, revitalising the story while revelling in its absurdity, clever without being clever-clever.”
Lucy Mangan, The Guardian

“Advance word on Dracula was that it was a bit camp. A bit? At one point, a clutch of nuns looked on in terror as the shapeshifting prince of darkness emerged, slick with blood, from the carcass of a wolf. “I don’t know about you girls but I do love a bit of fur,” he cooed.”
Anita Singh, The Telegraph

“It’s notoriously difficult to get an adaptation of a classic just right: play too safe and you’re accused of bringing nothing to the party. Take too many risks and you’ve thrown the baby out with the bathwater. Thankfully, Steven Moffat and Mark Gatiss’s gloriously hammy take on Bram Stoker’s classic vampire tale understood this.”
Sarah Hughes, The i

“By taking all the elements they love most from all their favourite versions, the duo salute the past while creating an entirely original vision. This is not a production for delicate souls. There were images of true horror: The broken-jointed corpses climbing out of their packing cases, the hollow-eyed baby lurching forwards to feed on an impaled maiden.”
Christopher Stevens, Daily Mail

“Doctor Who rolled out some big names for its Bond-themed New Year’s Day special, Spyfall. This was mostly a modern, zeitgeisty, ambitious, pan-global plot, although it was a bit slack in parts.”
Carol Midgley, The Times

“Doctor Who’s New Year’s Day return was a romp: a globetrotting action-packed pastiche of James Bond: refined, confident, and relaxed, it’s a welcome improvement on the mistakes made in Jodie Whittaker’s first series as The Doctor. A lack of serialisation, for example, allowed new viewers to dip in without confusion, yet ultimately robbed the show of a fulfilling finale. Spyfall signals something of a course-correction.”
Stephen Kelly, The i

“Like an intergalactic social worker, Jodie Whittaker spent most of her first series on Doctor Who deploring the British Empire and promoting the U.S. civil rights movement. But she and the show’s chief writer, Chris Chibnall, have taken a year off for a much-needed rethink — and come back with a better understanding of what the Doctor ought to be doing. To wit, saving the world.”
Christopher Stevens, Daily Mail

“A second serving of Sarah Parish as the murderous DCI in Bancroft (ITV) doesn’t work so well, controlling the drugs supply from Manchester to Newcastle and bumping off colleagues who get to nosy. Elizabeth Bancroft is not just an anti-hero, she’s thoroughly dislikable, too.”
Christopher Stevens, Daily Mail