Dwarfs in Art; Who Do You Think You Are?; Jamie Cooks Italy; Bollywood

“Offers much more than dry academia and nice scenery” 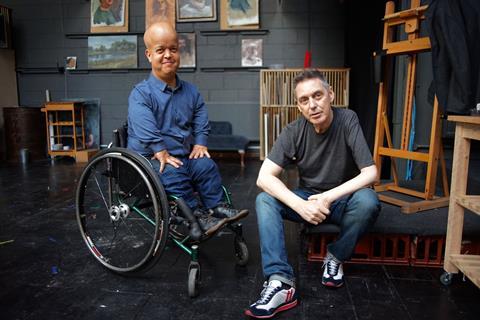 “Dwarfs In Art: A New Perspective offers much more than dry academia and nice scenery. This democratic approach to art, bringing in films, television and fairytales, with their wild-haired, grotesque monsters that symbolise the darkest sides of human nature, works a treat.”
Rebecca Nicholson, The Guardian

“This was an efficient sprint through a little-visited corner of cultural history.”
Jasper Rees, The Telegraph

“You had to feel for Jonnie Peacock bringing up the rear on what has proved, surprisingly for such a desperately overmilked format, to be a quality series of Who Do You Think You Are?. The Paralympic sprinter had tough acts to follow. So the researchers must have whooped when they fell upon Peacock’s four-times great-grandmother Louisa. What a woman.”
Carol Midgley, The Times

“This was quite a sedentary edition, with Peacock sitting like an innocent young tabula rasa as historians pulled up more and more shocking documents to tell him what happened next and why. His delight in discovery was infectious.”
Jasper Rees, The Telegraph

“It’s interesting contrasting the episodes of Who Do You Think You Are? Lovely posh actor Olivia Colman has a history of privilege and travel in her ancestry and poor old Peacock has a rather static, impoverished lineage – both have achieved great success in their chosen fields. Is this a sign that society is getting more equal – or just that working-class men are allowed to succeed at sport, and posh women become actors and never the twain shall meet?”
Emily Jupp, The i

“It’s a touch exhausting, isn’t it, watching Jamie Cooks Italy? I keep worrying that Jamie will run out of superlatives or compliments for those grandmother cooks, who must find all this breathless praise overwhelming. Visually lovely as this series is, I do wish he’d dial down the gush for these ‘incredible, beautiful nonnas’, who are ‘extraordinarily lovely ladies’ and whose food, natch, is ‘sublime’.”
Carol Midgley, The Times

“The best scene had Jamie surrounded by four strident grans, scolding him constantly and singing loudly when he tried to talk to camera. If only they could go with him everywhere.”
Christopher Stevens, Daily Mail

“Anita Rani’s two-part documentary has been engrossing because it is filled with staggering facts that are unknown to most Brits. Anita built up to them cleverly: instead of slapping us in the face with headlines, she caught our attention with details and gradually uncovered the real surprises.”
Christopher Stevens, Daily Mail