Dynasties; They Shall Not Grow Old

“The camerawork was gobsmacking, the narrative quietly compelling and the overriding message passionately but not stridently expressed” 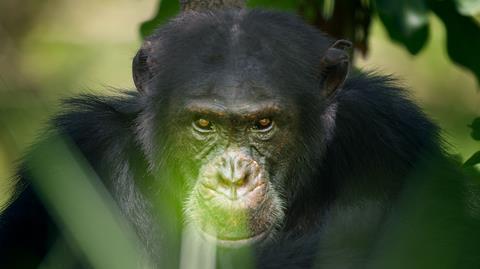 “David Attenborough’s new series on the importance of family in the animal kingdom was magnificent. Made over several months, it illustrated with wonderful intense focus how their lives, politics and dramas are like a chimp soap opera.”
Carol Midgley, The Times

“The chimps’ faces and their body language, their plots and secret desires, their capacity for kindness and betrayal, all these traits seem to belong not in a wildlife programme but on the stage or cinema screen. As the drama of King David, alpha male of the chimp tribe, reached its heroic climax, it was as thrilling and menacing as a spaghetti Western.”
Christopher Stevens, Daily Mail

“As always, the camerawork was gobsmacking, the narrative quietly compelling and the over-riding message passionately but not stridently expressed.”
Jeff Robson, The i

“Last night’s opening episode was about chimpanzees because – and you know this is true – they’re the best. If you have any scrap of humility in you it is impossible to look from them to us and back again and not shake your head in something between wry resignation and simple despair at how little we have managed to change over the thousands of generations that stand – you would think significantly – between us.”
Lucy Mangan, The Guardian

“Though it was still a fabulous piece of wildlife film-making, it didn’t seem to have much to do with family. I wouldn’t have spotted the theme if it hadn’t been for Attenborough’s introduction. Viewers of a philosophical bent will have found much to ponder in how strikingly narrow the gap between a great deal of chimpanzee and human behaviour seems to be. But, again, how it fed into the larger theme of family was never elucidated.”
Gerard O’Donovan, The Telegraph

They Shall Not Grow Old, BBC2

“From the moment, 25 minutes in, when the screen bloomed into colour and terrible, ground-shaking sound, we were dropped directly on to the front line. It was more immersive than any war movie. Peter Jackson, who dedicated the film to his grandfather, a Great War veteran, should be proud.”
Carol Midgley, The Times