EastEnders came out on top in the festive catch-up stakes, as the BBC reported a 32% uplift in viewing over connected TVs and games consoles. 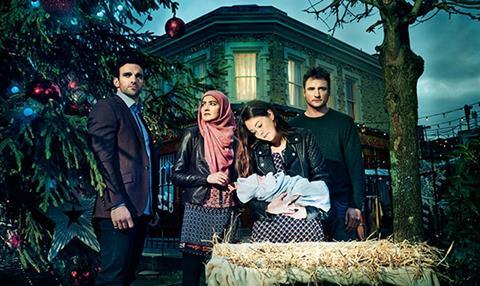 The Christmas Day episode of the soap registered 1.5m requests, making it the most-watched programme for the two weeks from 21 December to 31 December.

The soap took five of the top six slots, with The Apprentice final grabbing second after generating 1.3m views.

The BBC claimed that consoles and connected TV platforms, such as YouView, Samsung and Sky, accounted for 38% of views - up by nearly a third from the same period in 2014. Head of BBC iPlayer Dan Taylor-Watt said that there had been a “surge” in connected TV viewing.

EastEnders was also top of the tree in Barb’s TV Player Report for the Christmas week. Its figures, which do not include connected TVs and consoles, showed that the 24 December episode of EastEnders led the way with 305,000 views.

Episodes of BBC1’s long-running soap took the top six most-watched slots, with three instalments generating over 300,000 views across iOS, Android and website players for the seven days to 27 December.

Over the previous week, the soap’s best-performing episode drew an average of 282,000 streams and was behind The Apprentice: Interviews (380,000).

However, overall viewing, to iPlayer, ITV Hub, All 4, Demand 5, Sky Go and UKTV Player dipped to 733m over Christmas, from 740m the previous week.

All 4’s Made In Chelsea (194,000 streams) was the only non-BBC show to break into the top 10 on-demand programmes, while ITV’s best effort was Downton Abbey’s Christmas special, which generated 112,000 views in 13th place.