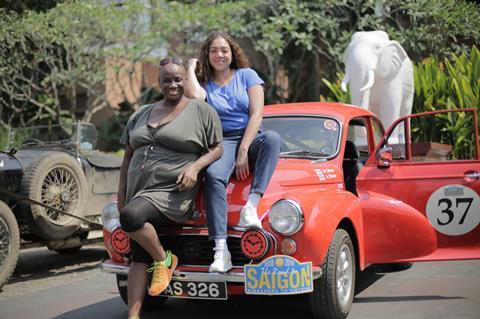 “If Eight Go Rallying sounds like something Alan Partridge would come up with, we can thank Noel Edmonds for providing a glimpse of how such a commission might have panned out. He was a fountain of Partridgisms. And he actually wears driving gloves. In the end, there was plenty of drama, mainly involving Noel slowly realising he was the only one taking the rally part seriously.”
Tim Dowling, The Guardian

“Before I roll my eyes at yet more celebrities being sent on another free holiday can I ask: why did the BBC invite Noel Edmonds? He has proudly said he boycotts the licence fee (having made a nice, fat living from the BBC for years) and has since slated this show, claiming it is deceiving viewers. We all know documentaries are contrived, Noel, but this actually looks to be playing a relatively straight bat.”
Carol Midgley, The Times

“Eight Go Rallying: The Road to Saigon was as pointless a star vehicle as we’ve seen in a while. Supposedly they were joining a famous classic car rally but, as was made clear from the start, they weren’t actually allowed to take part in the main event. What we got instead was a farce but without much in the way of humour.”
Gerard O’Donovan, The Telegraph

“This has been the best series yet of a brilliant crime drama. There were no twists, no surprises at the end, but it delivered a fully satisfying denouement.”
Christopher Stevens, Daily Mail

“Unforgotten’s close was a classic case of saying goodbye but leaving the door ajar for a return visit should the opportunity arise further down the road. And we would all welcome that.”
Gerard O’Donovan, The Telegraph

“The strength of Unforgotten is that it feels normal. Cassie and Sunny are not polar opposites, shagging or backstabbing as in your average cop drama — they like each other. Often there was little dialogue yet much could remain unsaid between them and still convey meaning, which requires great characterisation. Credit goes to writer Chris Lang for avoiding cliché and providing depth.”
Carol Midgley, The Times

“There is a good story to be told here, maybe even several good ones. But the brief episodes (12 minutes long) spend a lot of time reviewing the past and telegraphing the future, while never bothering to alight on anything for long. It looks like a trailer for itself and it is filmed as if the cameraman had accepted a dare to spend the shoot standing on one leg.”
Tim Dowling, The Guardian