“Jackson gave one of the performances of her lifetime” 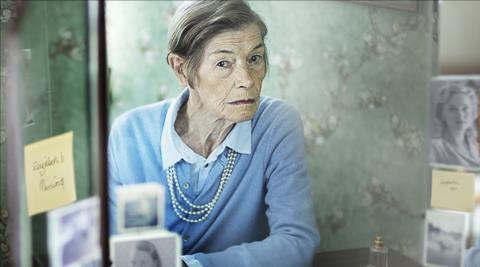 “If you are an actress hoping to win a Bafta in February, and your name is not Glenda Jackson, I regret to inform you that this is not your year. In Elizabeth Is Missing, Jackson gave one of the performances of her lifetime.”
Anita Singh, Daily Telegraph

“As well as a study of the relentless sorrows and horrors of dementia, Elizabeth Is Missing provides a meditation on what endures – joy and (especially inexplicable) loss, a sense of place and of home – or recurs down the generations. The shadow, for instance, of male violence lurks everywhere, from Sukey’s imagined fate at the hands of her fiancé or the creepy lodger to the fear Elizabeth harbours of her own son.”
Lucy Mangan, The Guardian

“It unfolded a little too slowly at times and some of the plot developments didn’t bear too much scrutiny. But this was less a whodunnit than a poignant personal drama with resonance for anyone who has seen someone they love slowly taken away, anchored by a superb central turn from Jackson.”
Jeff Robson, The i

“Unlike Jimmy McGovern’s Care, which annoyed me when it ended in the happy sunlit uplands of a posh care home funded by NHS continuing healthcare (yeah, right), this closed authentically. With a dose of tedium and hopelessness.”
Carol Midgley, The Times

“The character might have been merely pitiable, or even insipid, if interpreted by some other actress. Jackson delivered a tour de force, making Maud as entertaining as she was monstrous.”
Christopher Stevens, Daily Mail

“As was the case across the previous three weeks, the final was notable for its lack of interpersonal tension. Everyone got on famously and was hugely supportive of their camp-mates. This slightly restored your faith in human nature. Alas, it didn’t make for terribly riveting television.”
Ed Power, Daily Telegraph

“We flip-flopped from history lessons to stunt-riding practice, movie minutiae to mathematical calculations. But when the moment came to take the jump, Guy just kicked the starter and went. Over he flew … a bit of an anticlimax.”
Christopher Stevens, Daily Mail

“A good idea; I just can’t see why it took two TV hours to execute it.”
Carol Midgley, The Times