Escape to the Farm with Kate Humble; Funny, Black And On TV; Ivor Cutler by KT Tunstall

“This was the televisual equivalent of kicking off one’s muddy wellingtons and slipping into a warm bath.” 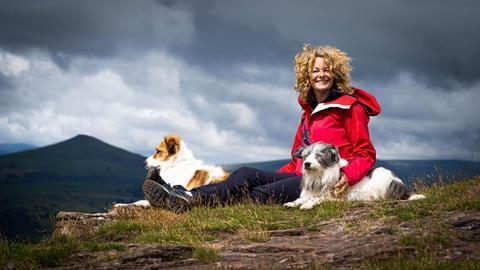 Escape to the Farm with Kate Humble, Channel 5

“Channel 5 has been canny to broadcast a raft of pleasant rural programming at a time when viewers have craved comfort-viewing. Humble’s story of rural escape and small domestic pleasures chimed with the national mood. This was the televisual equivalent of kicking off one’s muddy wellingtons and slipping into a warm bath.”
Michael Hogan, The Telegraph

“As the title promises, this show really does offer escapism. There wasn’t a dour note in the whole hour. Even when Kate turned James Herriot to help her favourite pig deliver a litter of piglets, the style was stress free. It’s a pleasure to watch a nature programme that doesn’t harangue us over climate change or try to make us feel guilty and anxious about the decline in butterflies.”
Christopher Stevens, Daily Mail

Funny, Black And On TV, ITV

“The emphasis in Funny, Black And On TV was very much on TV politics rather than laughs. We saw the same clips over and over. The scenes from classic sitcoms such as Desmond’s and Rising Damp were so short that it was impossible to see how sublime the comic timing of stars such as Norman Beaton and Don Warrington really was. It seemed there was no budget for longer excerpts, which cost more. The subject deserved better than this penny-pinching.”
Christopher Stevens, Daily Mail

“An hour laughing at the likes of Desmond’s, Rising Damp, and, of course, the inimitable work of Sir Lenny Henry is one certainly well spent – but I couldn’t help feeling as though this ceremonious look back at black British comics on TV, while necessary, could have been a little more punchy. At times the documentary fell into the trap of being too self-congratulatory. Still, the success of black British comics on TV couldn’t be undermined and the film was (for someone born in the 90s) truly informative.”
Emily Baker, The i

“There is always a danger when a documentary is made by a famous fan of the subject that the ego of the former will crowd out the latter, but there is none of that here. Viewers with any predilection for humour, music, poetry or the ineffable sense of a time when eccentricity could flourish and resist commodification surely went to seek Cutler out after this plum of a programme.”
Lucy Mangan, The Guardian

“It was the notion of the great British eccentric that made Ivor Cutler by KT Tunstall a more universal film than it sounded. In fact, watching this film may have reminded some viewers of a feeling they had forgotten since their freer student years — to embrace your individuality in its quirks and not be a boring conformist.”
James Jackson, The Times