Extra Life: A Short History of Living Longer; 1971: The Year That Music Changed Everything

“The tone was upbeat, a reminder that no matter how the dark circumstances, science can be relied on to light the way” 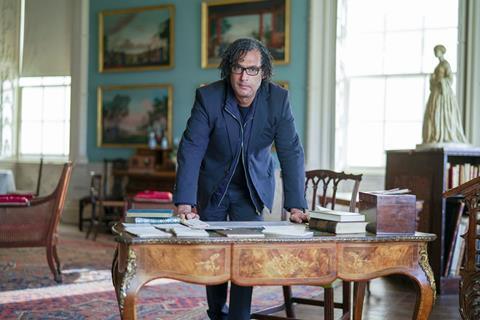 “There was a lot going on, but the episode got the balance right, pivoting from a detailed but easily digestible potted history of the ancient practice of variolation – a precursor to vaccination, initially practiced in Africa – to a breakdown of how a Covid vaccine trains the body to fight the virus. It even squeezed in a beginner’s guide to vaccine scepticism, which goes all the way back to the dawn of vaccines themselves. Overall, the tone was upbeat, a reminder that no matter how the dark circumstances, science can be relied on to light the way.”
Ed Power, The i

“Steven Johnson and his co-host, historian David Olusoga, shed fresh light on current global vaccination efforts by tracing the story of another bid to inoculate the world, one that began 300 years ago. They explained how the first immunity programme was inspired by a slave in Boston named Onesimus, in the early 1700s. He told Cotton Mather, the Puritan minister whose captive he was, about an ancient African practice to ward off smallpox: a drop of diseased pus was smeared into a cut on a child’s arm. The Rev Mather tried to promote the treatment in Boston. The locals didn’t like it and one threw a bomb through his window. Anti-vaxxers were a highly strung lot, even back then.”
Christopher Stevens, Daily Mail

“I wish this programme had more of that than the Olusoga/Johnson proselytising transatlantic video calls, which served as an obvious reminder of why the programme was being made now, but all too often felt stilted, moralising and rehearsed. The pair ended with much tutting about the Covid crisis and the need (in Olusoga’s words) to “push Big Pharma … [to] not put profits first all the time”. I hope that the people behind the Oxford vaccine weren’t watching — that’s exactly what they haven’t been doing.”
Ben Dowell, The Times

“We can be so terrible, and we can perform such wonders. Extra Life entwined these two facts to full effect and jabbed us with a small inoculation against ignorance. Three booster shots still to come. Roll up your sleeves.”
Lucy Mangan, The Guardian

1971: The Year That Music Changed Everything, Apple TV+

“The music is fantastic, the footage is generally superb, the editing is sharp and clever, and any music fan of a certain vintage should be happy just to strap in, turn up the volume, and turn back the clock to a time when pop still genuinely mattered. Good luck to any future film-makers trying to tell the story of our own tumultuous times through the songs of, say, Dua Lipa, Lewis Capaldi, Harry Styles and Megan Thee Stallion.”
Neil McCormick, Telegraph