Full post on a four-part stripped drama for ITV that focuses on inner city crime life in Manchester. 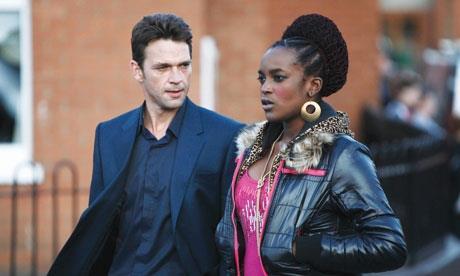 Brief: Full post on a four-part drama that focuses on inner city crime life in Manchester.

How it was done: Colourist Aidan Farrell graded on a Nucoda Film Master. He used hand drawn vignettes and shapes to create very strong, darker areas of the frame and depict the edgy atmosphere of the series. Nigel Edwards mixed the audio and Clyde Kellet did the online.

Titles: Nic Benns from MOMOCO designed the titles which are a heavily textural piece that layers micro-fiche,
disturbing x-rays and forensic imagery to capture the dark atmosphere of the mini-series.

Newspaper clippings and family photos were also created to invoke the sinister past of Dougray Scott’s main character and, in doing so, weave an emotional narrative into the sequence.

Watch it: From 7 June on ITV