“Lucy Wilcox’s film is fair and non-judgemental, but I imagine it will stir up a #FeralFamilies twitterstorm.” 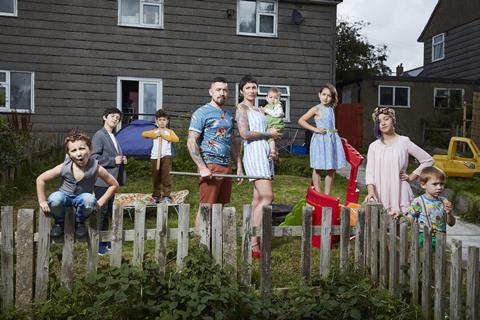 “You might have expected them to be unruly brats, but they seemed nice, happy, articulate children and actually this programme wasn’t boring at all, providing a thoughtful alternative life view, albeit one I don’t agree with.”
Carol Midgley, The Times

“The film-makers pretended to be observing the family, but of course they were smirking behind their viewfinders, expecting us to laugh along, too. They were wrong: there was nothing to smile at here.”
Christopher Stevens, Daily Mail

“Lucy Wilcox’s film is fair and non-judgemental, but I imagine it will stir up a #FeralFamilies twitterstorm. It’s a good subject for a barney.”
Sam Wollaston, The Guardian

“The Duffer brothers have promised that this season will be bigger, darker and scarier – and they deliver in spades. The attention to detail, both in period set-pieces and plotline complexity, is as mesmerising as the electronic score.”
Catherine Gee, The Telegraph

“It is slower than its forebear, certainly less dark, but it promises much to come. Savour the acting. Enjoy the 1980s references. And for goodness’ sake, if you hear your dustbin rattling, don’t ignore it.”
Rob Epstein, The i

“Though there remains a frustrating sense that if only a few kinks were ironed out, this could be one of the best TV shows around, it would take a cold heart not to warm to Stranger Things 2.”
Rebecca Nicholson, The Guardian

“The second part of Gordon Ramsay on Cocaine continued to be hugely watchable, not least because it seemed Ramsay might actually self-combust from excitement, fear and expletive overload. This was a fascinating documentary exposing just how vile the cocaine industry is.”
Carol Midgley, The Times

“Far from being all about conflict and awful behaviour, it is actually a very warm programme where you see friendship and understanding growing between two seemingly very different groups of people and come to wonder if they are that different after all.”
Matt Baylis, Daily Express