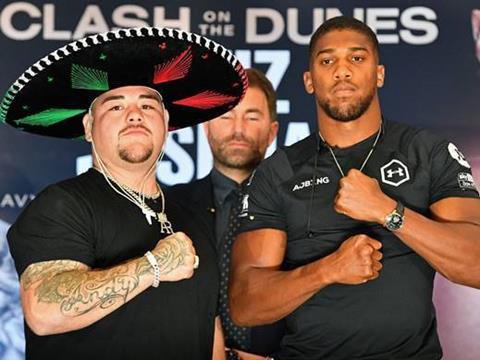 The fight, for the WBA, WBO, and IBF World Heavyweight titles, takes place in the Diriyah Arena in Saudi Arabia on Saturday 7 December. It will be shown live on the newly launched Fight Sports channel on e.tv’s OpenView platform in Africa.

Chairman of SCEE Prince Khaled Bin Abdulaziz, said: “After getting to know the CSI Sports  group [owner and operator of Fight Sports] during the year, we are pleased to have licensed them the rights across Africa to maximise the exposure of the promotion and fighters while building SCEE into one of the leading homes of high profile championship boxing.”