”Those with a genuine interest in the science of forensics will be fascinated by this documentary.” 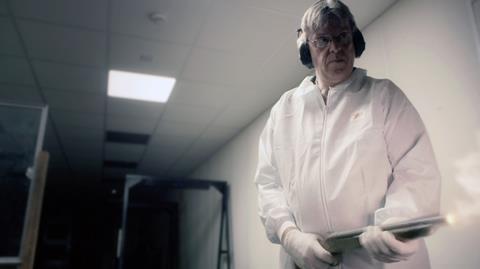 “Those with a genuine interest in the science of forensics will be fascinated by this documentary: the ‘harvest’, in which all possible evidence is painstakingly collected, is gripping in its way, and leads to clear answers around the two crimes featured in this episode.”
Barbara Speed, The i

“The first case involved no casualties, but became immersive, science-based viewing. However, in the second case I felt like a leery rubbernecker seeing the dead man’s body, laid face-down under a desk, but also highly privileged to be there at the scene with forensics experts just after a possible murder had been committed. Discomfiting and depressing television, which I’ll be watching again next week.”
Carol Midgley, The Times

“This documentary took us through two investigations in Newcastle, including one that debunked just about every detective show you’ve ever watched. Nevertheless, it did seem an intrusion that once would have been unthinkable. If you needed evidence television has become desensitised, this was it.”
Christopher Stevens, Daily Mail

“The great problem with programmes like Forensics: The Real CSI, which deliberately evoke CSI: Miami/New York/somewhere equally glamorous and free of gun control, is that real life just doesn’t have a big enough budget. The lighting isn’t great, the surfaces aren’t shiny enough and almost no one gets to deliver gnomic one-liners as he stands over a carefully arranged corpse and puts on his shades.”
Lucy Mangan, The Guardian

“Reality certainly hit home in Forensics: the Real CSI. It was about as far from the glamour of ‘the unreal CSI’ as it’s possible to get.”
Chris Harvey, The Telegraph

“Planet Child was a really fascinating addition to the pop science branch of TV about childhood development. This being pop science, an experiment was required. The result, if a little hyperactive at times, was truly eye-opening and entertaining.”
Chris Harvey, The Telegraph

“The twin doctors Xand and Chris van Tulleken made good points about how young children in other countries are trusted to do far more. But this ‘extraordinary experiment’ kept being intertwined with cutaways of the kids and parents at home, when all we wanted to see was how they were coping alone in London.”
Carol Midgley, The Times

“The neat conclusion of doctors Xand and Chris van Tulleken is that kids these days are far too mollycoddled and would benefit from a little more freedom. Few of us older parents would disagree, though I wasn’t convinced by some of the arguments.”
Christopher Stevens, Daily Mail

“Watching children try to read a map is charming in small doses. But too little time is spent digging into the very real reasons parents might worry about what children face outside their own front doors, or the cultural differences that drive these different approaches around the world.”
Barbara Speed, The i