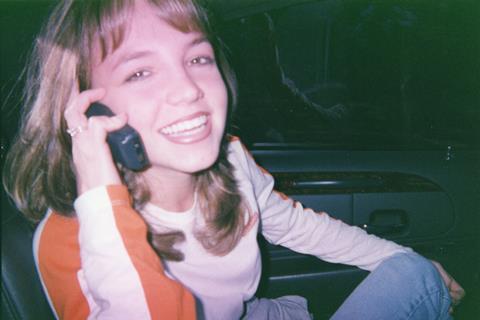 “It was not only distressing to watch the timeline of her life unfold, from darling member of the Mickey Mouse Club to being detained in hospital, but also damning. I bought those magazines. I watched those paparazzi videos. The media’s obsession with Britney was cited as the reason she ended up in hospital and under a conservatorship. Which is where the villain of the piece – her father – came in. If there was anywhere the documentary felt thin, it was here.”
Emily Baker, The i

“This was a well-curated assemblage of interview footage and commentary from people there at the time – one who had worked with most big boybands noted that not one of their members was ever scrutinised to anything like the degree Spears was. It comprehensively showcased the overt and systemic misogyny Spears (and by extension any young, female performer) faced and faces, within the industry as well as beyond. Rehearsal footage shows a young Spears replying loudly but calmly to an unheard voice: “I am not a diva. I just know what I want.””
Lucy Mangan, The Guardian

“Beethoven’s thunderous, tempestuous music has always been a complicated subject for conductor Charles Hazlewood. In the poignant Charles Hazlewood: Beethoven and Me, he explained how the parallels between the sexual abuse he suffered as a child and violence experienced by the young Beethoven had framed his relationship with the composer. This was a deeply original and thought-provoking way of marking the 250th anniversary of Beethoven’s birth and Hazlewood was an earnest, compelling guide.”
Ed Power, The i

“This was another Sky Arts documentary to give BBC Four a run for its money. Beyond its personal psychology, it simply did what all arts films should do — deepen your appreciation of the art and what it can bring.”
James Jackson, The Times

Behind Her Eyes, Netflix

“What I liked about the first episode was Louise – a character behaving in believable ways as a single mum who just wants some romance in her life. By the series end, believability isn’t high on the agenda. You’ll either love or hate the big reveal.”
Anita Singh, Telegraph

“With 85 per cent of cases of sexual abuse in the music industry unreported, [Tamanna] Rahman’s dispiriting conclusion was that more needed to be done. “It feels like I’m only beginning to scratch the surface of a much deeper problem,” she said, “so I’ll keep digging away at music’s dirty secrets.” Rahman was a thoughtful and considered reporter and avoided sensationalism – her bravely unflinching documentary cried out for an encore.”
Ed Power, The i

“Perhaps the producers were hoping Alan would do for this show what Joe Lycett has achieved with The Great British Sewing Bee, by emphasising the silly and the surreal. But Joe is patently having lots of fun. Alan looks like he has to lie down in a darkened room at the end of every day’s filming … a room without any zigzags or luminous squiggles.”
Christopher Stevens, Daily Mail