Fred And Rose West: The Search For The Victims; Smother; Football’s Gambling Addiction

”This was a thoughtful, sober retrospective, not a prurient cut-and-paste job” 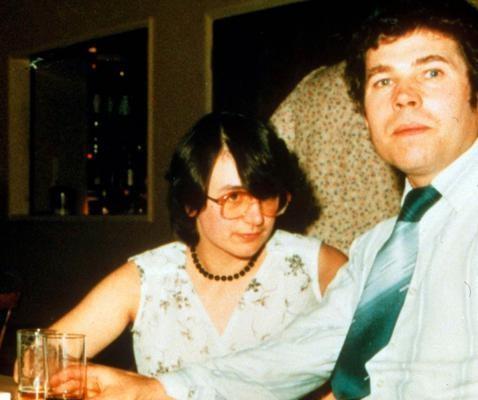 Fred And Rose West: The Search For The Victims, Channel 5

“Seeing that footage of a girl’s small skull and spinal cord being matched felt oddly intrusive; her very bones were being paraded on TV. I am not a fan of documentaries that are broadcast while the serial killer is still alive in case it feeds their narcissism. West hanged himself before facing trial but his wife, Rose, still thrives in prison, where she is reportedly queen of the landings and once had a fling with Myra Hindley.This was a thoughtful, sober retrospective, not a prurient cut-and-paste job, but does she need yet more airtime?”
Carol Midgley, The Times

“As episode one of Fred and Rose West: The Search for the Victims revisited their trail of depravity – including the torture and murder of their own daughter, Heather – even true-crime aficionados may have felt compelled to switch over. This was a nightmarish descent into a place of pure evil. It is also the latest in a series of documentaries about the Wests to air on Channel 5 (Rose: Making of a Monster was broadcast in March). The tone was sober throughout and sensationalism avoided. Yet, it nonetheless feels reasonable to ask whether there was a justification for returning once again to the horrors of 25 Cromwell Street, Gloucester.”
Ed Power, The i

“The Netflix effect was all over the opening minutes of Fred and Rose West: The Search for the Victims, which took us back to those grim days in the Nineties when police began finding bodies at 25 Cromwell Street. The dramatic music. The cliffhangers. The interviewees’s quotes pulled out for maximum shock value: ‘What was done to them in the cellar?’ And, gut-churningly: ‘She was screaming, Stop it, Daddy. Stop it, Daddy.’”
Anita Singh,The Telegraph

“In vividly gruesome dramas and merciless documentaries, we are confronted with the methods and psychology of serial killers almost daily. But details of Fred And Rose West: The Search For The Victims were so repulsive that even now I question whether they should be broadcast. Though decades have passed since the crimes, the victims were so young — some were teenagers — that all of them could still be alive today. The most moving segments of this two-part programme featured interviews with friends of several victims.”
Christopher Stevens, Daily Mail

“Smother suffered from an overstuffed script – there were too many characters, each with complicated motives. This was accompanied by a curious apathy towards drilling into the psychosphere of the West of Ireland setting. Co Clare has a big surfing community, is a hot-bed of traditional music and gazes mournfully out over the Atlantic (and is the real-life location of the house from Father Ted). But Smother had little interest in drilling into this fascinating background. Change the accents and it could have been anywhere.”
Ed Power, The i

“The only misstep so far is in opening with the altercation. Few new dramas seem able to resist the temptation to start this way, but in fact, in many cases – including and especially here – withholding it would have created another layer of tension. It takes confidence, sure, to hold off grabbing your audience’s attention, however cheaply, in the first few minutes. But if ever a series should have had it, it’s this one.”
Lucy Mangan, The Guardian

“It was eye-opening stuff, but what it really needed was Davidson to be let loose on the chief executives of bookmakers and Premier League bosses. When she met John Whittingdale, the Culture Minister, she was straight in with the suggestion that the Government is addicted to the revenue that gambling brings in. He didn’t stand a chance. I’d like to see more of this. A Ruth Davidson Investigates series would be welcome.”
Anita Singh,The Telegraph