“The gently surreal writing and note-perfect performances made eliciting laughter look effortless when, of course, it’s anything but” 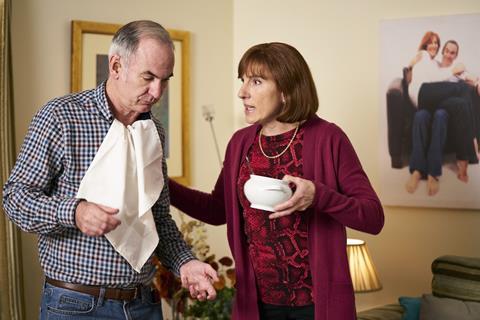 “Popper’s script was full of broad, pleasingly puerile humour. This wasn’t terribly sophisticated wit, but it delivered. The gently surreal writing and note-perfect performances made eliciting laughter look effortless when, of course, it’s anything but.”
Michael Hogan, The Telegraph

“The premise of the series is attractive: a group of celebrities of various religions bands together to walk an ancient route, discussing along the way their differences, similarities and experiences with faith. Alas, the reality is nothing like as interesting as this sounds. Watching six celebrities wandering, apparently lost, through a dense Serbian forest was actually quite dull. More religious education, less Duke of Edinburgh award scheme next time, please.”
Emily Baker, The i

“Not one of the actors is putting in a bad performance and the plot isn’t outlandish compared with some, but there’s still something unengaging about it. I think it is that I don’t believe in any of the characters. There are quality ingredients, yet the recipe doesn’t quite gel, right down to the lakeside house, which is TV shorthand for: the couple that has everything yet nothing because there’s no baby. However, we are only two episodes in and there is real potential for it to take off now.”
Carol Midgley, The Times

“It is a rare thing, in these high-quality, high-stakes, immaculately professionalised TV times, to see someone on screen who can only 80% act. Two such performers have come along at once in Batwoma, Dougray Scott and Ruby Rose. Everyone involved, of course, might fare better if they had a decent script, proper lighting, well-choreographed fight scenes and sets that didn’t look as if they had been nailed together from whatever was left after Michael Keaton left the building in 1989.”
Lucy Mangan, The Guardian

“The plot of this 40-minute show moved so quickly and with little explanation as to who anyone was or why they were involved. It meant that you were constantly guessing about what was happening. After 20 minutes of frustration, I decided to just let the action wash over me and started to enjoy things a whole lot more. Batwoman is a perfectly fine way to pass the time. The less said about those sickly sweet, sepia-toned flashbacks, though, the better.”
Emily Baker, The i

“Making the Cut is up against it on a number of fronts. Netflix’s Next in Fashion, which arrived earlier this year, had a more suitable warm-and-winning approach to its trade. It is tough to conjure up much enthusiasm for any of it, partly because it all feels so familiar. There are a couple of twists on the format, but mostly it is (big) business as usual. And there is a brutality to the judging, which I wasn’t expecting, perhaps because I had been lulled into a false sense of security by the supportiveness of Next in Fashion.”
Rebecca Nicholson, The Guardian