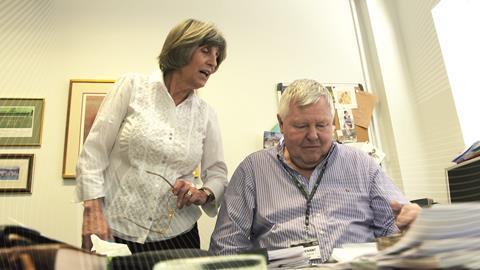 Charting 32 years of the production management specialist. By Tim Dams

“We take the drama out of production.” That is the very apt strapline that Sargent-Disc uses to describe itself – the payroll and production management software specialist is one of the unsung heroes of the film and TV industry. The firm’s key expertise – helping to ensure that actors and crew get paid on time – keeps the wheels of the busy production sector turning.

To understand its central role in the UK industry, one fact stands out: in 2017 alone Sargent-Disc processed payroll payments totalling in over £1bn. That represents a major portion of UK production spend – and reflects the fact that Sargent Disc works with all the major film studios, US television networks, UK broadcasters and many independent production companies. 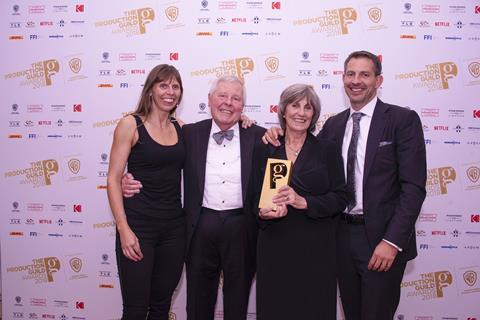 The family-owned company was launched in 1986 by Marija and John Sargent as an affiliate of California-based DISC Inc (now Entertainment Partners), to take advantage of advances in computing technology to increase the efficiency of production payroll and accounting processes.

For the past ten years, the firm has been run by brother-and-sister team Lara and Laurence Sargent – and has grown organically to employ nearly 50 permanent staff at present.

To accommodate the expansion, Sargent-Disc has just moved from its Pinewood home to a new HQ in Beaconsfield, near the National Film and Television School, which the company supports through an annual production management diploma scholarship.

The new building is powered by renewable energy, which reflects Sargent-Disc’s focus on championing low-carbon production office technologies. The company is an official partner of Bafta’s albert consortium, which aims to reduce the carbon footprint of production.

A major focus for Sargent-Disc in this area is its digital production office initiative, which aims to help production become more sustainable by replacing paper processes with low-energy, paperless and mobile solutions.

To understand Sargent-Disc’s central role in the UK industry, one fact stands out: in 2017 alone it processed payroll payments totalling in over £1bn

“The way we try to address the issue is through technology,” says Sargent-Disc director Laurence Sargent. To that end, the company now offers a whole suite of accountancy and payment software, such as online payroll; a digital purchase order application; CrewStart, a mobile-friendly crew and artist contracting application; and its partner’s Movie Magic Budgeting and Scheduling tool.

In many ways, the expansion of Sargent-Disc over the past 32 years mirrors the growth of the UK film and TV industry. As well as the UK tax breaks, Laurence Sargent picks out the production of the Harry Potter franchise as a key turning point. The fact that so many Potter films were made back to back in the UK provided continuity of production for the industry, helping it to grow – and giving confidence to specialist providers like Sargent-Disc to invest in new products, such as its online payroll system, which went live in 2007.

The result is a kind of positive feedback loop, which has seen the UK industry become more professional – and therefore more attractive to inward investment. “We’ve been able to develop our online systems thanks to the volume of business coming through,” says Sargent. 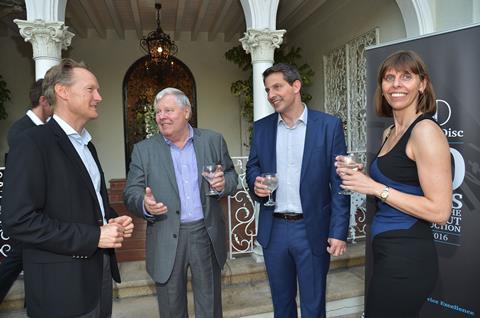 Recent credits for the company include The Children Act, Mamma Mia: Here We Go Again, Mission Impossible: Rogue Nation, Fantastic Beasts And Where To Find Them and Ready Player One. Growth in the industry is now also being driven by high-end TV, notes Sargent, with the company working on series such as The Crown and Game Of Thrones.

The search for new talent

One issue for the whole industry has simply been keeping up with the pace of growth and nowhere has this been more pronounced than in the field of accountancy. There is, says Sargent, a lack of trained accountants who are familiar with the production process.

The global nature of production is also making the job of firms like Sargent-Disc more complicated. Most of its work is focused on making UK-based payments but international payments are increasing – a request such as paying a German national working in Australia for a US company is no longer unusual. 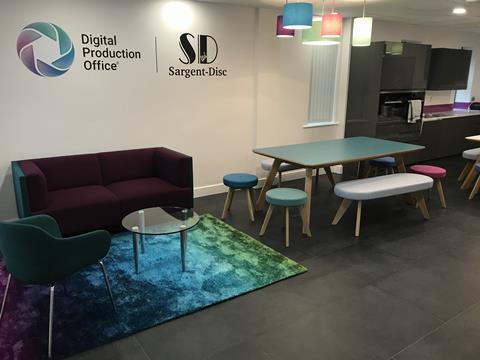 All Sargent-Disc’s payments go through Barclays. “One of the key factors to our success is our ability to process and transact in multiple currencies around the world, and to do it efficiently,” says Sargent. “A good relationship with the bank is critical. To do what we do, at the scale we do it, we need to know they are there to support us.”

That’s because ‘quality of service’ to its clients is of key importance to Sargent-Disc and it’s also why the firm has been widely recognised for its work behind the scenes in the industry.

Earlier this year, John and Marija Sargent received The Production Guild Contribution to the Industry Award sponsored by Warner Bros. Studios Leavesden. The company was also selected to be featured in the digital, culture, media and sport section of the Parliamentary review.

These are just a few of the increasing number of starring roles for this behind-the-scenes fixture of the British TV and film industry.