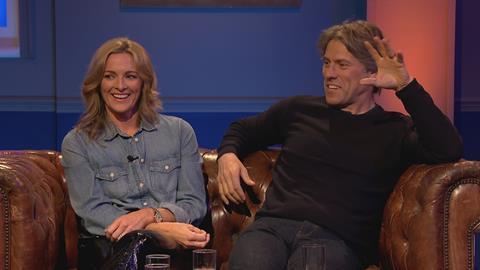 Back of the Net is the first commission for Sony Pictures Television label Human Media, which is co-producing with Buzz 16, the sports indie co-founded by former Manchester United player Gary Neville.

Released each Tuesday from the start of the Premier League season this summer through to Amazon’s live broadcast of matches in December, the team will be joined by celebrities and football stars to chat about the big talking points in recent and upcoming matches in front of a studio audience.

The show will be produced by Luke Shiach, a freelancer who has worked on both Sky 1’s A League of Their Own and ITV’s Play to the Whistle. Human Media founder and former NBC Universal and Twofour exec Alan Brown is the showrunner.

Prime Video managing director of sports Alex Green said the show aimed to bring some “humour and quirkiness” to the streamer’s football coverage.

Logan added: “Football is about passion, skill and rivalries but ultimately it’s about people and their stories and there’s so much fun to be had around the beautiful game every week in the Premier League.”

Amazon will offer Prime customers two full rounds of Premier League fixtures from 3 to 5 December and 26 to 27 December.