“By the standards of Planet Earth II, felt a little workaday – but then, what doesn’t?” 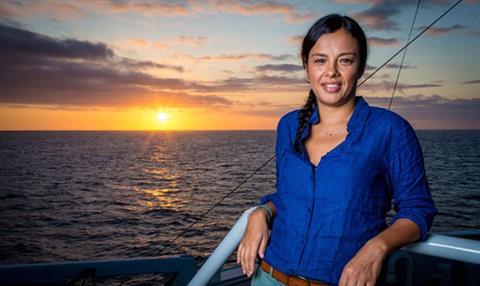 “Presenter Liz Bonnin is personable, fun, has a master’s degree in biology and can dive. However, the film deserved a decent script. The better the pictures, as David Attenborough knows, the better the words need to be, and if you have none good enough, you let the pictures speak for themselves.”
Andrew Billen, The Times

“The problem is that the BBC’s wildlife series are becoming a victim of their own success. This was informative, occasionally gobsmacking and carried an important message. It also, by the standards of Planet Earth II, felt a little workaday – but then, what doesn’t?”
Gabriel Tate, The Telegraph

“Watching this often felt like an episode of early Star Trek, with a shipful of space-age equipment on a mission to explore strange, new worlds. The highlight was a breathtaking submarine journey into the deep-sea darkness, a place less mapped than the moon.”
Matt Baylis, Daily Express

“Galapagos is a uniquely odd place, and this show reflected it with a collection of truly bizarre reports. Liz was helicoptered to the rim of an active volcano and sent half a mile below the sea’s surface to vacuum up starfish — and treated it all with a professional calm.”
Christopher Stevens, Daily Mail

“It’s brilliant. The cast list bursts with talent and the script keeps it simple but doesn’t patronise. It’s the perfect mix of soap, shuffled depositions and sexy legal jargon.”
Julia Raeside, The Guardian

“This is both a set-up ripe with potential and that shamefully rare phenomenon, a showcase for three fascinating, three-dimensional female leads. On the basis of this supremely confident and appealing opening statement, this case could – and should – run and run.”
Gabriel Tate, The Telegraph

“This show is political, it’s dramatic and it’s incredibly well written. But most of all – it’s damn good TV. With this trio at the helm, The Good Fight looks set to continue all of The Good Wife’s good work in style.”
Rebecca Monks, The i

“The emotional strains, picked up by a mix of to-the-point interviews with the wives and fixed-rig camera footage, are entirely what you might expect from polygamy. The puzzle is why a kind man such as Abel would be so cruel — or why God would be. In His absence, Abel had better get the third-degree next week or some of us are going to feel cheated.”
Andrew Billen, The Times

“Keen-eyed drama bosses could do well to watch Three Wives, One Husband, which is unfurling into the most complicated soap opera of all time.”
Matt Baylis, Daily Express