Game on for e-sports 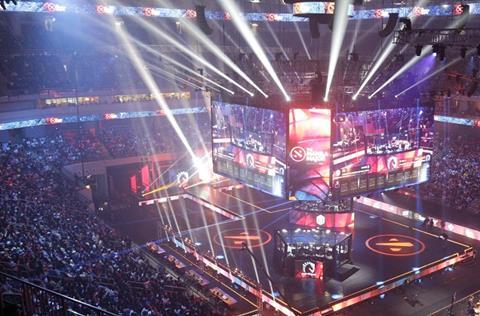 Professional video gaming is a runaway success and the key to understanding why is to realise that it has little to do with gamers themselves.

Aside from the competitors, e-sport is about video entertainment. This rise in popularity is no overnight phenomenon. James Dean, who runs the UK division of e-sports league ESL, traces its origins to the gaming community “seeking street cred by playing tournaments” in the mid-1990s.

Their activity was subsequently formalised into online leagues by games publishers as a means to promote their titles. Amazon’s £585m swoop for games streaming platform Twitch in 2014 alerted the mainstream that e-sports was big business, spawned a dozen more platforms, such as Azubu, Hitbox and DingIt, and re-ignited broadcaster interest.

It folded a year later after failing to gain sufficient viewers. However, TV is coming back for more. “Television is seeking to become more interactive and videogames are becoming more episodic, dramatic, sophisticated and lifelike,” says Michiel Bakker, chief executive of video gaming and e-sports channel provider Ginx.tv.

“Gaming has become a massively mainstream leisure activity… yet has been totally underserved by TV.”

65% of the audience for e-sports in the US are not gamers, says Futuresource Consulting, but they are the 16 to 30 year-olds that represent a goldmine to advertisers.

Turner Broadcasting has followed suit, distributing its new Eleague on linear and digital channels. ESPN continues to ramp up coverage, even including e-sports in its X Games competitions, and in June, Sky partnered with Ginx.TV to deliver the UK’s first e-sports channel.

“At the most basic level, we need their budgets, they need our expertise,” says Pro Gaming League (PGL) head of broadcast Vlad Petrescu.

“When a Champions League producer has a problem, they can throw money at it until it’s fixed. We usually need to find a solution that is not always the most stable. Custom coding, for example.”

E-sports productions have matured from the “rudimentary” says Dean, using software-based switchers like Xsplit to incorporating technology that would not look out of place in any broadcast studio.

“There’s always been the aspiration to try to create a viewing experience for this content that reaches a wider market,” says Dean.

“As events got bigger, budgets from sponsors increased and that’s when we started to pay more attention to production values around graphics, API interfaces for data feeds from games, augmented reality, spider-cams at stadium events and high-end, jib-mounted cameras.”

ESL operates 15 studios around the world. In February, it opened one in Leicester.

As with its facility in Cologne, Germany, ESL’s studio in the UK uses a Ross Carbonite Black production switcher, while all onscreen graphics are provided by the Ross XPression platform.

For control and monitoring, ESL worked with Ross to create customised DashBoard panels with the aim of allowing anyone on the team to manage one of ESL’s broadcasts.

“We are not a huge team so we all need to be flexible and multitask,” says ESL UK production director Sam Deans.

“It is vital to give audiences context,” says Dean.

“ESL works with games publishers to develop a specific observer mode within the game itself to allow our casters [commentators] to go into the game as a virtual character, to see both sides of team play and provide lots of additional information to viewers such as where characters are behind walls.”

Some games have an in-built replay system. Multiplayer battle game League of Legends, for example, enables e-sports producers to rewind to any point in the game and replay it, to change camera angle and view different parts of the map. “It’s the ultimate live replay of the type you could never have in a physical environment,” says Dean.

“We use EVS for manual replay when the game doesn’t have the function in-built.”

The majority of e-sports games are streamed at 60fps for viewers used to viewing on 60hz monitors. The resolution is at least 720p and can be 1080p, although data rates are a huge issue if bandwidth is not to be compromised. 4K has been trialled but is not as imminent as it is for broadcast.

Reducing latency is a key differentiator for streaming platforms.

“Players can type in a chat room to respond to fans or to explain a move. If that delay is more than a few seconds, the game will have moved on and you will have lost your audience.”

Simmons claims DingIt has the lowest latency of anyone outside of Twitch. However, ESL deliberately adds a latency of between 60 seconds and 10 minutes in the live stream “to avoid players or teams cheating by seeing what the competition is doing”, says Dean.

One impact of TV’s involvement will be to legitimise e-sports and widen its audience.

Already there is an overlap between e-sports and ‘real’ sports. When the FIA’s Formula E championship was running its finale at Battersea Park in July, 15 e-sports players were participating in a parallel online Formula E race game.

Perhaps the biggest bonus e-sports productions have over conventional sport is that the primary content is a digital source.

“This provides a huge opportunity to automate and enhance production values,” says Dean.

Primarily, this is done through statistics. “Since we ‘control’ the match server, we have access to all the statistics you can imagine, and real-time feedback from that server,” explains Petrescu.

“We use the stats to help our analysts elaborate theories and draw conclusions after a match. In a Counter- Strike [a multiplayer, first-person combat game] match, we can extract everything, from the number of bullets used to the number of steps a player has taken on a particular map and where exactly they were at any point. We compile heat maps of a player’s tendencies and analyse the style of play.”

Red Bull, which is pushing for e-sports to be included in the 2020 Olympics, is experimenting with matching gameplay data and stats with a player’s biometrics and team interactions, such as eye tracking, brain states, heart rate, galvanic skin response, facial patterns and team communication.

“I can’t see a mainstream equivalent for it, beyond an election night special.”

There is so much data that ESL has yet to find an encoder powerful enough to handle it.

“We’ve tested product from Telestream and Media Excel and many others, but because of the complexity of game footage, with millions of pixel changes a second, the best quality we can get is from a PC-based encoder system running Windows or Linux. That’s a bit old school.”