Gospel According to Mica; A Suitable Boy; The Edge; Yung Filly’s Celeb Lock-In

“The BBC would do well to keep her on speed dial” 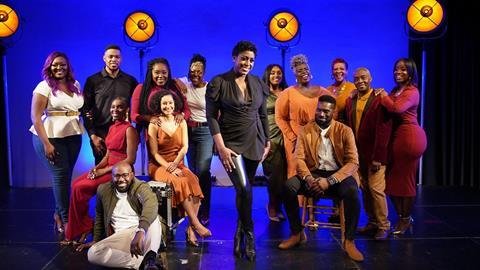 Gospel According to Mica: The Story of Gospel Music in Six Songs, BBC4

“Soul singer Mica Paris used Stormzy’s triumphant Glastonbury performance last year to bracket the story of gospel, picking six essential songs, such as Amazing Grace and Oh Happy Day. Mica ended with a hefty plug for her latest album, which was taking advantage somewhat. But she’s forgiven, for including the sublime Sam Cooke singing Touch The Hem Of His Garment. She argued that Cooke’s civil rights hit, A Change Is Gonna Come, was gospel of a sort, too. Amen to that.”
Christopher Stevens, Daily Mail

“Paris was an open book during the journey, telling stories of her childhood and her own experience with abandoning gospel music for the pop charts. The BBC would do well to keep her on speed dial”
Emily Baker, The i

“It is undeniably beautiful to look at. Lata’s dawn boat trip with her unsuitable boy was a dreamy sequence. But you don’t have to have read the book to know that the relationship is doomed. No drama there. Instead, the fireworks were provided by the devious Meenakshi, melting down her late father-in-law’s medals to make earrings. “That girl is a snake,” raged matriarch Rupa. Indeed. And we need more of that reptilian behaviour to liven things up.”
Joe Clay, The Times

“Perhaps screenwriter Andrew Davies has tried to cram too much from the 1,400-page novel into six episodes, but most of the other characters are just ciphers — the grumpy grandfather, the stuffed shirt of a big brother and his unfaithful wife.”
Christopher Stevens, Daily Mail

“It’s a Sunday night confection designed to look as luscious as possible, made for an international audience. I doubt that many men in Regency England strode out of lakes looking dreamy in a wet shirt, but that didn’t stop us falling for Davies’s Pride and Prejudice.”
Anita Singh, Telegraph

“The Australians were absent as talking heads, but appeared as fearless warriors in anecdotes. The England wicketkeeper Matt Prior recalled smashing the ball into the Aussie captain Ricky Ponting’s mouth. When Prior inquired if he was OK, Ponting responded by barking, “F*** off”, spitting out a mouthful of blood. Sporting success comes at a price. Douglas’s gripping film examined the cost in detail.”
Joe Clay, The Times

“What price success? Is winning always worth it? The Edge (BBC Two), an excellent film about the England cricket team, asked the question. The players answered with admirable frankness.”
Anita Singh, Telegraph

“The show is so good natured and frothy that it is difficult to find fault, although it all makes me feel several hundred years old. Also, for anyone who was caught up in the great Zoom pub quiz phase of lockdown, it has a nostalgic air to it, since many of the rounds have a homemade feel.”
Rebecca Nicholson, The Guardian