“Everything clicks into place in an immensely satisfying way” 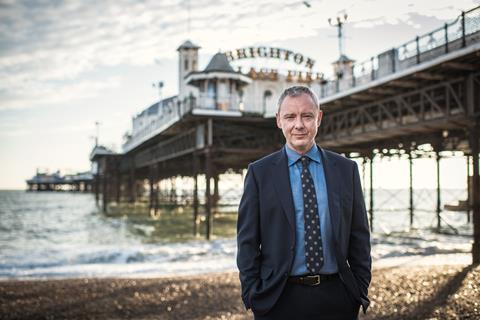 “The plot becomes rapidly and pleasingly complicated without losing any sense of narrative. There are millions of pounds in an offshore account, a pivotal bracelet, a pair of secateurs and a bloody threat in a padded envelope. Add in a missing social media presence and a dash more murder and everything clicks into place in an immensely satisfying way.”
Lucy Mangan, The Guardian

“Grace has all the usual elements: a world-weary detective with a sad past, a younger sidekick, a quirk – in this case, visiting mediums to help crack cases – and a boss who doesn’t like mavericks but concedes that they do get results. I thoroughly enjoyed it. If ITV can find room in the schedules, another Grace instalment would go down nicely.”
Anita Singh, The Telegraph

“Grace and Branson’s race to find Michael made for truly nail-biting TV and there were great performances, with Jon Simm as watchable as ever as the shrewd yet vulnerable Grace. More could have been made of Grace’s supernatural leanings and, indeed, his wife’s disappearance went unresolved – but with a second instalment to come later this year, hopefully we’ll find out more then. I’ll certainly be tuning in.”
Gwendolyn Smith, The i

“This was torture by television. It was your basic 4am nightmare. You have to feel for Tom Weston-Jones, who played Michael. His entire part consisted of bellowing inside a coffin, having his finger cut off, then being stuffed in a freezer. It had decent twists, but suffered from ALDS (appallingly lame dialogue syndrome). It was just a very unpleasant two hours and I won’t sleep for three nights.”
Carol Midgley, The Times

“The only tension depended on the fate of a tax-dodging property developer… not exactly a sympathetic character. The manner of his disappearance – buried alive in a coffin during stag night japes – was realistically claustrophobic, though. When an unseen hand plucked his air tube away, I held my breath and didn’t realise it till my eyes started bulging.”
Christopher Stevens, Daily Mail

“The good news is that Bloodlands upped its game for the finale. The bad news is that James Nesbitt’s forehead furrows got the am-dram prize for over-acting again. At this rate they’ll need their own agent.”
Carol Midgley, The Times

“This series has been a disappointment. It started with promise. But if you set out your stall as a gritty thriller, you can’t take the plot down daft alleys.”
Anita Singh, The Telegraph

“I never thought Top Gear would resemble a therapy session, but stranger things have happened in 2021. The sentiment was undercut by the usual ludicrous hijinks, from rallying in the woods to driving around a racecourse sitting on one another’s knees to resemble their first time behind the wheel on their fathers’ laps. Still, the premise made for an unexpectedly heartfelt programme which proved emotional depth and boisterous antics can go hand in hand.”
Gwendolyn Smith, The i

“The latest series, at least on the evidence of this first episode and the teases about subsequent attractions, is actually cleverer and more entertaining than any series I care to remember, and that includes the not-so-golden Clarkson era. Now the presenters have gelled a bit, the show is more original and above all, more intelligent.”
Sean O’Grady, The Independent

“The unrelentingly sad and painful story was told through an extraordinary trove of interviews. Old and degraded, the tapes would have been better with subtitles. Some, in particular the recordings of phone interviews, were so muffled they were almost incomprehensible. But they are an astonishing find… almost like listening in on a séance.”
Christopher Stevens, Daily Mail