“This was more than just another celebrity travelogue” 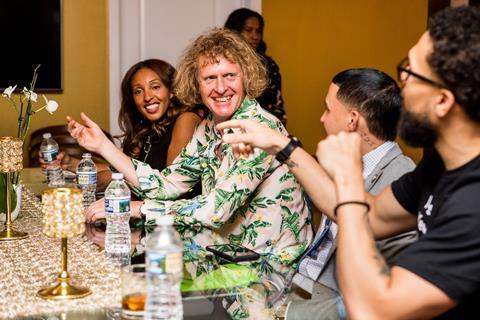 “Elephants seemed to be in every room in America according to the prizewinning potter, who pointed them out pretty much every time he met a fascinating array of mostly black people in the deep south of the country. Being a liberal pin-up meant that he could ask tough questions about racial grievances, guilt and fury without being cancelled. And while each argument and counter-argument brought into sharp relief the sheer complexity and intractability of America’s race problem, Perry wasn’t without answers.”
Ben Dowell, The Times

“It is elevated above most other travelogues of this ilk by the simple fact that the people he meets are given the space to reply; not in brief soundbites, but with the kind of lengthy answer that complicated (and sometimes uncomplicated) questions often require. He occasionally butts in with his own thoughts, but he largely gives people room to think. Perhaps counterintuitively, this makes for better television.”
Rebecca Nicholson, The Guardian

“This was more than just another celebrity travelogue. Perry can be incredibly wacky – as demonstrated by his multicoloured biker leathers, topped off with bug-eyed goggles. But the occasional silliness was offset by his inquiring mind. The presenter had the air of a mildly eccentric uncle throughout. Yet if his hair was wild and crazy his heart was clearly in the right place. He is an adroit interviewer, too.”
Ed Power, The i

“Perry was an engaging host but at times it felt like being trapped at a series of dinner parties with some tedious guests. The other problem was the narrowness of focus. It is impossible to cover race in America in the space of an hour, and Perry chose a narrative about wealthy African-Americans. It felt a world away from George Floyd.”
Anita Singh, The Telegraph

“It’s so obvious now, but the idea never really hit me before that potter Grayson Perry is a prankster, having a gigantic laugh at the gullible luvvies of the liberal Left. How else can you explain his decision to examine the racial divide in American society by meeting only the wealthiest, most successful black people and asking them to explain about ‘white privilege’?”
Christopher Stevens, Daily Mail

“Ambulance doesn’t usually deliver such downbeat, grim case studies. It feels as though this series, perhaps hampered by Covid-19 restrictions, is running out of material.”
Christopher Stevens, Daily Mail

“With such documentaries, there is the temptation to ham up the drama or frame people as heroes or villains. Ambulance avoided this trap and presented events as they unfolded. As a portrait of ordinary people doing an extraordinary job, it was mesmerising.”
Ed Power, The i