“The most articulate film about poverty I’ve ever seen” 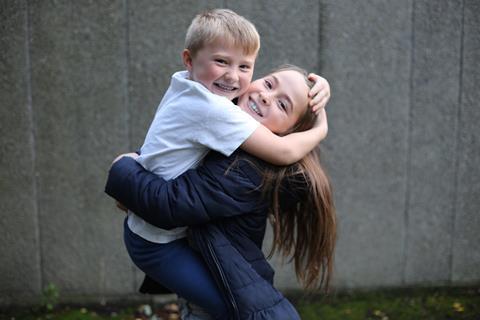 “You would call Growing Up Poor: Britain’s Breadline Kids Dickensian if the word didn’t carry connotations of picaresque charm and a notion that things would come right in the end. The stories differ in detail, but the pattern is the same: it takes just one ordinary catastrophe – domestic violence, divorce, bereavement, a breakdown – to precipitate poverty. This was a programme designed to give a voice to those suffering their real-life effects, and to bear unsentimentalised witness to them.”
Lucy Mangan, The Guardian

“Was this a wallow in misery? Yes, a bit, despite the maturity, intelligence and warmth of the children involved. But at this time of year, as we prepare to splash the cash on trinkets and turkey and tinsel, it was a much-needed bucket of cold water to the face.”
Chris Bennion, The Times

“This heartbreaking edition of Dispatches from Bafta-winning director Jezza Neumann – returning to similar territory as his 2014 film of the same name – let the children speak for themselves about what their lives are like. But other than a short-lived burst of sympathy, what do programmes like this really achieve? It is politicians who need to act on child poverty, not kind-hearted viewers.”
Anita Singh, The Telegraph

“Growing Up Poor: Britain’s Breadline Kids was the most articulate film about poverty I’ve ever seen, because it was told through the eyes of some of the 4 million children growing up poor in Britain today. The children were honest - as children are - about their daily lives, their unemotional matter-of-fact delivery making their stories all the more devastating. Whatever your political beliefs, there’s no getting away from the fact that this brilliant Dispatches is an indictment of Britain in 2019.”
Kasia Delgado, The i

“This light-hearted romp, a Club Med version of Death In Paradise, is a ray of sunshine in the afternoon schedules. Their first couple of adventures predictably involved lots of chases and action sequences, but the show has settled down now into a series of smartly scripted interviews, with plenty of quips.”
Christopher Stevens, Daily Mail