“Gunpowder was blokey and gruesome in places, but also well cast, adeptly paced and coherently plotted.” 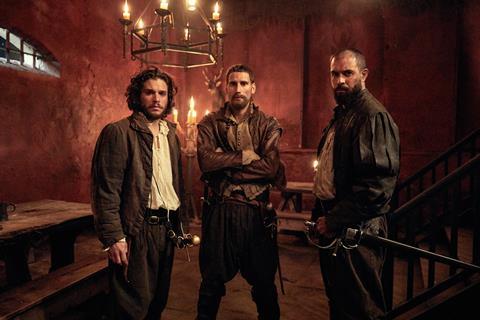 “Like Taboo, its forerunner in primetime Saturday night blood and guts, Gunpowder was blokey and gruesome in places, but also well cast, adeptly paced and coherently plotted. I’m ready for fireworks.”
Gabriel Tate, The Times

“There’s something about the relentlessness of [the violence] and the apparent relish with which it’s dished up that I found a little bit too much. But it’s certainly historically fascinating, and genuine. Potent and gripping too.”
Sam Wollaston, The Guardian

“Ronan Bennett’s script is as rich as a Simnel cake, and director J Blakeson keeps things rattling along nicely, while recreating the England of 1603 in impressive detail. The graphic executions of Lady Dorothy and the priest were a reminder of the brutality of the times.”
Jeff Robson, The i

“This tale, stuffed with spies, double agents and secret codes, clearly did not lack excitement. Part one was well told – gratuitous gore aside. It also hinted at a more grown-up approach to the truth than we got in school textbooks.”
Matt Baylis, Daily Express

“Tonight’s edition had a real sense of despair, not just capturing the city’s atmosphere but seemingly falling victim to it. None the less, the close focus on a handful of lives made for an intimate portrait of a city in constant mourning.”
Tristram Fane Saunders, The Telegraph

“At some point in this programme, every sane viewer will have decided that U.S. gun laws as they stand are licensed madness. For me, the real terror of the programme lay in the background noise — the constant sound of sirens, punctuated by explosions like firecrackers. Ordinary people in their front yards barely flinched at the sound of gunfire.”
Christopher Stevens, Daily Mail

“The third part of Louis Theroux: Dark States was, more than anything, just very sad. Theroux’s films have a knack for going behind issues and statistics to the suffering humans underneath and just about everywhere Louis went there was someone sick with grief or spitting with rage.”
Matt Baylis, Daily Express