Homeland; State of Happiness; Killing Eve; Dead to Me

“No other show has had a better handle on world events” 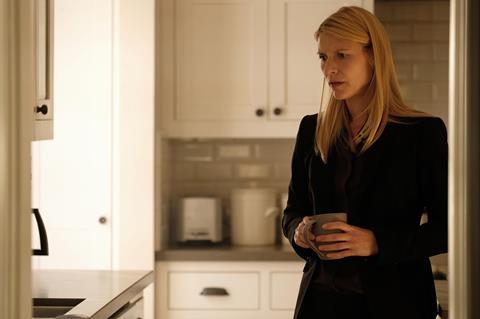 “Many viewers didn’t get beyond the divisive season-one finale and more still left after the departure of Damian Lewis when Carrie’s lover/nemesis Sgt Nicholas Brody died at the end of season three. More fool them. They missed the show’s transformation into a fortune teller, eerily predicting contemporary news. Troll farms, Islamist attacks on European capitals, fake news, Russian electoral interference and a US president-elect at war with the intelligence services – all were covered. No other show has had a better handle on world events.”
James Donaghy, The Guardian

“My list for a good time emphatically would not contain any of the following: oil rigs, fish factories, no pubs and a Norwegian winter. This is set in 1969, which meant that we got the antidote of Mad Men-type fashion, period hairstyles, lovely old cars and drinking in work as we prepare to see Stavanger amid the oil boom of the 1970s. The producers have apparently denied that this is “Norway’s Mad Men”. Fine, but I was sure I could detect shades of depressed, neurotic, super-smoker Betty Draper in wealthy Ingrid Nyman. This series has a hypnotic charm and easily stands on its own merit.”
Carol Midgley, The Times

“It’s at the very, very end of the episode that something much more interesting is promised (ignoring that needlessly portentous neck touch that Villanelle does as she gets off a train, insinuating that she somehow felt Niko’s death). Villanelle has gone home to find her family. Now there is a previously unseen story strand that is – hopefully – worth exploring.”
Catherine McGee, The Telegraph

Dead to Me, Netflix

“While Dead to Me may cause snooty lovers of “cerebral” shows such as Succession to wrinkle their noses at its hangover-friendly dialogue and ludicrous cliff-hangers, creator Feldman deserves more credit. The complexities of grief, motherhood and friendship are all carefully kneaded for genuine relatability or revelatory home truths. And, while some of the writing descends into cliché – not all stressed women are sinking chardonnay nightly by the bottle – it also offers pin-sharp satire on the zeitgeist.”
Eleanor Halls, The Telegraph