Keshet may be known for its innovative formats, but its latest relationship offering is strictly ‘inside-the-box’ thinking. 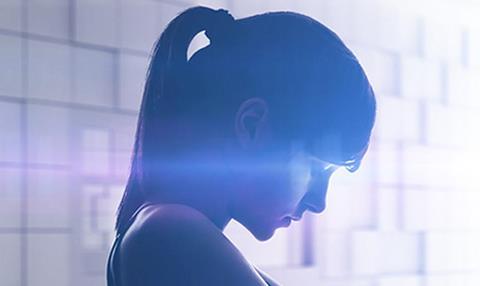 Billed as a ‘social experiment in human conflict resolution’, Boxed participants enter two sides of a sealed box to work out their problems, whether that’s coming out of the closet to a loved one, or dealing with a business conflict.

While some pairs know who’s on the other side of the wall, others are left in the dark until they arrive at the studio.

“You see lots of shows that are very loud and seductive. We wanted to bring something that really lets viewers see the process of conflict resolution,” says Assaf Blecher, vice-president of development and content at Keshet Broadcasting.

The box is roughly the size of a one-bedroom apartment and is fitted out as such to make the space comfortable for the participants.

The box’s wall displays everything from nostalgic items, task props and a phone to ‘Help’, ‘Time Out’ and ‘Exit’ buttons, along with video testimonies from family and friends.

At the end of the process, the mediator gives a verdict on whether an understanding can be reached and the wall lifts to reveal who has committed to a resolution, and who’s thinking outside the box.

“It’s easy to relate to,” says Blecher of the format, which is set to air on Keshet later this month.

“We all have conflicts – within family, within business, within our lives. “We’ve tried to create a place that has no interruption or interference from the outside. And with a mediator, we created this tool that we really believe can resolve almost any issue.”

The exec hopes the format can travel widely as he believes the topic can “translate easily in every territory”.

The Keshet International-distributed format recalls Clearstory’s Sex Box for Channel 4, which also used a specially built box to help couples work out their sexual differences and then emerge to discuss their relationship with a counsellor. But this isn’t that kind of box, Blecher wryly assures.

“Yes, we have a box, but we’re not going to have any sex inside this specific box. It’s a space to help people get through issues.

And they don’t get outside the box like Sex Box – they stay in the box, for however long it takes.”

The Israeli firm will also be selling adventure reality format Welcome To The Wild in Cannes.

In the first series, which aired earlier this year in Israel, 18 contestants were divided into three teams and sent on a journey along the Amazon river. During each leg of the course, they were faced with a challenge, inspired by the culture of an ancient local tribe.